The Ford Cargo is a cab over engine truck model formerly manufactured in USA by Ford, but now made by Freightliner Trucks and sold as the Sterling Cargo or the Freightliner Cargo.

It is commonly seen in US Postal Service duty, and as a city tractor for freight companies such as Roadway Express.
This model has its roots in the European Ford Cargo (1981- )
Ford now sells the Ford LCF as a smaller cab-over alternative in the US to be more competitive with similar trucks, such as the Mitsubishi Fuso Canter and Isuzu Elf (N Series).
Ford Cargo trucks are still made by Brazilian and Argentinian Ford subsidiaries, the Turkish Ford Otosan and the Indian Ashok Leyland (Stallion).

The last time the Ford Econoline cargo van, or E-Series cargo van, underwent a full redesign, George Bush was president. No, not W, but the original "no new taxes" edition. How far back was this? Well, Ford still made the Festiva, the Tempo and the original Probe if that gives you any indication.

There's more to the Econoline's staying power than Ford simply sticking with a product that has been the No. 1-selling full-size van since 1980 (although that certainly has something to do with it). For upfitters, or those who turn E-Series vans into commercial vehicles like rental car shuttles and the Channel 5 Eyewitness News van, any change to the Econoline's basic structure and dimensions means they also have to change the dimensions and tooling of their customizations.

As such, the Econoline has received only minor changes over the years, the most significant of which occurred for 1997 with major engine and interior updates, and for 2008 when it received a radical new grille along with steering, brake and suspension improvements. The result is a cargo van that looks different, but is still very much the same. For many E-Series customers, that is the best news of all.

The Ford Econoline Cargo is available in E-150 and the heavy-duty E-250 and E-350 capacities. The base E-150 model is available in only standard length, while the E-250 comes in two lengths -- regular (236 cubic feet of interior space) and E-250 Extended (275 cubic feet). The E-350 Super Duty van also comes in both vehicle lengths. The base Econoline is sparsely equipped, but it can be outfitted with numerous options to suit an Econoline customer's business needs. The standard passenger-side cargo opening is a pair of barn-style swinging doors, but a single, minivan-type sliding unit is optional.

There are four different engine options available. The E-150 and E-250 models come standard with a fairly weak 4.6-liter V8 rated at 225 horsepower and 286 pound-feet of torque. Optional on these models and standard on the E-350 Super Duty is a 5.4-liter V8 that produces a more robust 255 hp and 350 lb-ft of torque. Both engines come with a four-speed automatic transmission. The E-350 can also be equipped with a 6.8-liter V10 with 305 hp and 420 lb-ft of torque, while a 6.0-liter Power Stroke turbodiesel V8 making 235 hp and 440 lb-ft is a good choice for those looking for maximum hauling power and fuel economy.

Despite its segment-leading sales, we think the Ford Econoline cargo van suffers from its ancient basic design. Although upfitters may appreciate the same old platform, others would probably prefer the increased utility and improved driving dynamics of newer models. For instance, one can walk upright inside Dodge's more maneuverable Sprinter. The Econoline remains a viable option given its low pricing and strong dependability record, but buyers should be prepared to drive a hard bargain.

Although it's hard to tell from the outside, there are a few notable differences between the latest Econoline and older models. Econolines from 2008 and newer benefit from modifications to the steering, braking and suspension systems to improve driving dynamics. Load-carrying capacity was also boosted. The next year saw a long-awaited interior redesign and additional optional features.

In 1997, the Ford Econoline Cargo underwent its first significant upgrade. The dashboard was redesigned for meet the latest Ford interior standards. (Some switchgear and gauges have changed slightly over time.) The exterior was also freshened to match Ford's ongoing oval theme. Items like a tilt steering wheel, antilock brakes and passenger front airbag were added at the turn of the century. In 2003, the E-Series was given another grille design to match the latest F-Series Super Duty truck.

The original vans in this 1992-to-current generation came standard with an inline-6 engine or a choice of three gasoline V8s and a diesel V8. In 1997, these engines were replaced with a new base V6, two new V8s and a new V10. The diesel V8 carried over. Power outputs on these engines gradually rose in the next decade, with the current E-Series engine lineup (including the new 6.0-liter turbodiesel) established in 2004. 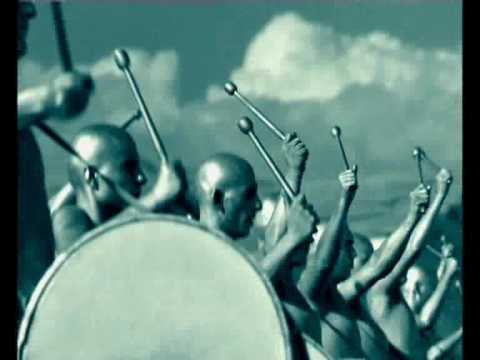