Only a short time into his administration, federal air traffic controllers went on strike, violating a regulation prohibiting government unions from striking.

Declaring the situation an emergency as described in the 1947 Taft Hartley Act, Reagan held a press conference in the White House Rose Garden, where he stated that if the air traffic controllers "do not report for work within 48 hours, they have forfeited their jobs and will be terminated." Despite fear from some members of his cabinet over a potential political backlash, on August 5, Reagan fired 11,345 striking air traffic controllers who had ignored his order to return to work, busting the union. According to Charles Craver, a labor law professor at George Washington University Law School, the move gave Americans a new view of Reagan, who "sent a message to the private employer community that it would be all right to go up against the unions."

Twenty-five years ago, on Aug. 3, 1981, more than 12,000 members of the Professional Air Traffic Controllers Organization walked off the job, setting off a chain of events that would redefine labor relations in America. 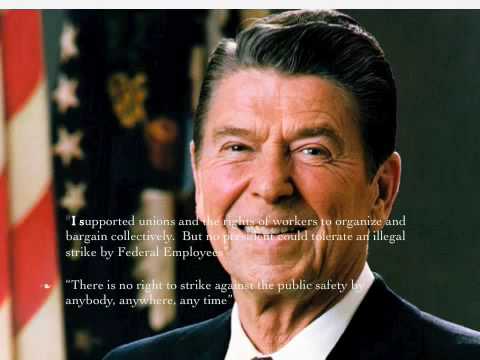