"Prince Of The City" Is Released

Prince of the City is a 1981 crime-drama film about an NYPD officer who chooses to expose corruption.

It stars Treat Williams and Jerry Orbach and was directed by Sidney Lumet. It is based on Robert Daley's 1978 book of the same title.

The DVD was released on May 22, 2007, without the commentary by Sidney Lumet that had been announced in an online chat on February 21, 2006 on the Home Theater Forum by a Warner Home Video representative. However, Lumet appears on the DVD in a companion featurette by Laurent Bouzereau.

Inspired by a true story, Prince of the City stars Treat Williams as a Manhattan detective who agrees to help the US Department of Justice weed out corruption in the NYPD. Williams agrees on the assurance that he'll never have to turn in a close friend. Wired for sound, Williams almost immediately stumbles upon a police conspiracy to smuggle narcotics to street informants in order to insure cooperation. While this might be condonable in a stretch, the fact is that the many cops are using the drugs on their own, and are also highly susceptible to bribes. Williams gets the goods on the miscreants, but in so doing he breaks the "code" and becomes a pariah to his fellow officers. As we learn in the unsettling final scene, Williams will always be considered a "fink," even by honest cops. Prince of the City is too long for its own good, but its opening expository sequences and its final twenty minutes more than compensate for the duller stretches. ~ Hal Erickson, All Movie Guide 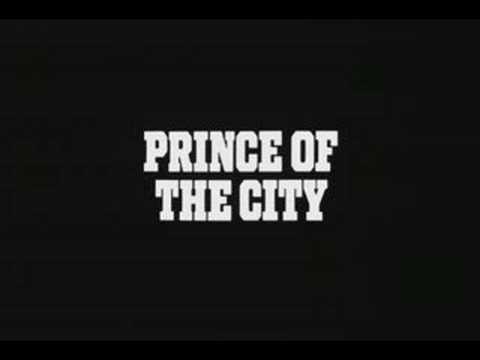