Superman II is the 1980 sequel to the 1978 superhero film Superman.

It was the only Superman film to be filmed by two directors. For this reason the film is surrounded with controversy since original director Richard Donner had completed, by his estimation, roughly 75% of the movie in 1977 before being taken off the project. Many of the scenes shot by second director Richard Lester (who had been an uncredited producer on the first film) in 1979 are refilmed Donner sequences. It was released in Europe and Australia in late 1980 but not in the United States until June 19, 1981 (one week after the release of Raiders of the Lost Ark). Selected premiere engagements of Superman II were presented in Megasound, a high-impact surround sound system similar to Sensurround. It has since become the most fan-edited movie of all time, surpassing even the Star Wars movies.

According to statements by Donner, roughly 25% of the theatrical cut of Superman II contains footage he shot, including all of Gene Hackman's scenes. In 1984, when Superman II premiered on television, 24 minutes were re-inserted into the film (17 minutes on ABC). Much of the extra footage was directed by Richard Donner. In the ABC-TV version, a U.S. "polar patrol" is shown picking up the three Kryptonians and Lex Luthor at the end of the film. Without this ending, it appears that Superman has let the Kryptonians die, though Superman has a strict code against killing and their deaths aren't necessary once they are depowered. On the other hand, the theatrical version's ending implies that Luthor is left stranded at the Fortress of Solitude, leaving the viewer to wonder how he got to prison in Superman IV: The Quest for Peace--that question was answered in the extended versions. The ending of the extended cuts also has Superman, with Lois standing beside him, destroy the Fortress of Solitude.

A brand new re-cut of the film, restoring as much of Donner's original conception as possible, titled Superman II: The Richard Donner Cut, was released in November 2006, with approximately 83% of the footage therein having been filmed by Donner, and the remainder being Richard Lester footage kept to fill in the gaps of footage that Donner had never been able to film before his firing. The latter part of the aforementioned scene can also be found on Superman II: The Richard Donner Cut, while the part where the police arrive is a deleted scene. 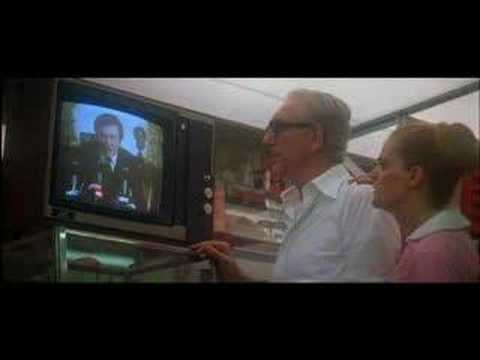