The 1981 Stanley Cup Final was contested by the Minnesota North Stars making their first Finals appearance and the defending champion New York Islanders, in their second-ever Finals appearance.

The Islanders would win the best-of-seven series four games to one, to win their second Stanley Cup. This would be the last all american finals for a decade.

Dino Ciccarelli of the Stars scored a rookie record 14 goals, 7 assists for 21 points during the year's playoffs.

After another outstanding regular season, the Islanders only lost three playoff games en route to their second straight Stanley Cup. The Islanders met the Minnesota North Stars in the finals and defeated them in a five-game series. The deciding game was a 5-1 triumph at home. New York's Mike Bossy set playoff records for goals (17), assists (18), points (34) and power play goals (9) in only 18 games. The Islander's Butch Goring posted 10 goals, five in the finals, and 10 assists and was awarded the Conn Smythe Trophy as playoff MVP. 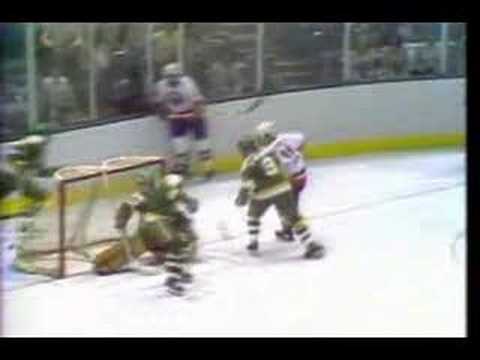