Ozzy Osbourne Releases "Blizzard of Ozz" in the US

This is Osbourne's first solo album and one of the two studio albums he recorded before guitarist Randy Rhoads' death in March 1982. The tracks "Crazy Train" and "Mr. Crowley" were released as singles. The former peaked at #9 on Billboard's Top Tracks chart and has remained a staple of pop, hard rock, and classic rock radio for more than 25 years.

In 1979, ex-Black Sabbath singer Ozzy Osbourne was forming a new band. During an interview with Raw Power Magazine editors Robert Olshever, Murray Schwartz and Scott Stephens (future singer of Liquid Blue), Ozzy mentioned he was looking for a new guitar player. Randy's name was suggested during the interview and the next day Robert asked friend and future Slaughter bassist Dana Strum to try to reach Randy to see if he was interested. Rhoads got the call for the audition just before his final show with Quiet Riot. He walked in with his Les Paul guitar and a practice amp and started warming up; Osbourne immediately gave him the job. Rhoads recalled later, "I just tuned up and did some riffs, and he said, 'You've got the gig.' I had the weirdest feeling, because I thought, 'You didn't even hear me yet.'" Osbourne described Rhoads' playing as "God entering my life." Rhoads subsequently recommended his friend Greg Leon, who also taught guitar at Musonia for Rhoads' mother, to replace him in Quiet Riot, and then departed for the UK to write and record with Osbourne in November 1979.

The band, then known as the Blizzard of Ozz, headed into the studio to record the band's debut album, which would also be called Blizzard of Ozz. Rhoads' guitar playing had changed due to the level of freedom allowed by Ozzy and Bob Daisley and he was encouraged to play what he wanted. His work with Quiet Riot has been criticized as being "dull" and did not rely on classical scales or arrangements. Propelled by Rhoads' neo-classical guitar work, the album proved an instant hit with rock fans, particularly in the USA. They released two singles from the album: "Mr. Crowley" and the hit "Crazy Train". The British tour of 1980-81 for Blizzard of Ozz was with Bob Daisley and Lee Kerslake. After the UK tour, the band wrote another LP before the US Blizzard of Ozz tour. But before the US Blizzard tour, both Lee Kerslake and Bob Daisley were fired by Sharon Osbourne. For the US Blizzard tour, Tommy Aldridge and Rudy Sarzo were hired. Diary of a Madman was released soon after Blizzard of Ozz in October 1981, and since Kerslake and Daisley were already out of the band, Aldridge and Sarzo's photos appear on the album sleeve. This was the source of many future court battles. You Said it All and You Looking At Me, Looking At You would become rare gems with the first to be only released on a handful of singles. Tribute would be released years down the road.

Around this time Rhoads remarked to Osbourne, fellow Ozz bandmates Tommy Aldridge and Rudy Sarzo, and friend Kelly Garni that he was considering leaving rock for a few years to earn a degree in classical guitar at UCLA. In the documentary Don't Blame Me, Osbourne confirmed Randy's desire to earn the degree and stated that had he lived, he didn't believe Randy would have stayed in his band. Friend and ex-Quiet Riot bassist Kelly Garni has stated in interviews that if Randy had continued to play rock, he might have gone the route of more keyboard-driven rock, which had become very popular through the 1980s. 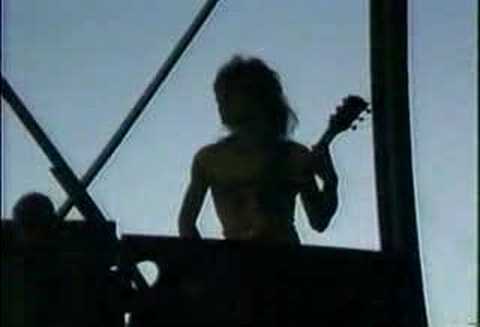