Diva is a 1981 film directed by Jean-Jacques Beineix, adapted from a novel of the same name by Daniel Odier (under the pseudonym Delacorta). It is one of the first French films to let go of the realist, harsh mood of 1970s French cinema and return to a colourful, melodic style, called "Cinema du look". The film made a muted debut in France in 1981, but had success in the United States the next year. The film became a cult classic and was internationally acclaimed.

The diva of the title is a famous black opera singer (Wilhelmina Wiggins-Fernandez) who steadfastly refuses to be recorded. The singer is idolized by young French mail-carrier Jules (Frederic Andrei), who sneaks a tape recorder into the theater and records her performance. This is witnessed by a pair of Taiwanese criminals, who unlike Andrei wish to profit from the bootlegged recording. They begin to pursue the boy, as do a couple of home-grown hooligans who believe that Jules is in possession of some murder evidence. The serpentine plot leads to a warm friendship between Jules and the reclusive diva - and to a brilliantly photographed (by Philipe Rousselot) motorcycle chase through the subway tunnels of Paris. Diva marked the directorial debut of Jean-Jacques Beineix, whose obvious fondness for the more esoteric techniques of the Nouvelle Vague never impedes his willingness to simply entertain his audiences. ~ Hal Erickson, All Movie Guide 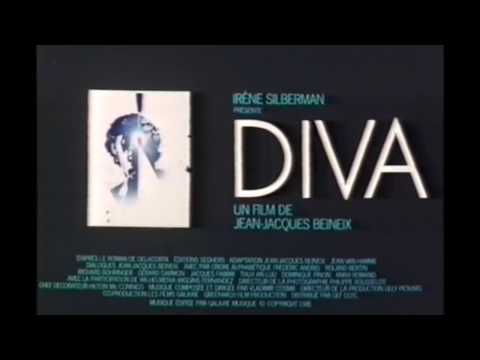