The 1981 World Series matched the New York Yankees against the Los Angeles Dodgers, marking their third meeting in the Series in five years.

The Dodgers won the Series in six games for their first title since 1965, and their first victory over the Yankees since 1963.

The Dodgers are the last team to win a World Series after losing the first two games on the road.

The strike
Baseball was marred this summer by a two month player's strike starting at 12:30 a.m. on June 12 finally resuming play on August 10. In total seven hundred and six games were scrapped, about 38% of the schedule. A make-shift playoffs were agreed upon by the owners pitting the first and second half winners leaving the team with the best overall record, the Cincinnati Reds (66–42), out of the postseason.
The series is sometimes called "The World Series that Never Was." This refers to the fact that the team with the best overall record (as previously mentioned), the Cincinnati Reds did not make the playoffs due to a modified playoff schedule established by the Commissioner Bowie Kuhn due to a midseason strike. In the NL East, the St. Louis Cardinals had the best overall record, but failed to make the playoffs after finishing second in each half.

Los Angeles Dodgers
The Los Angeles Dodgers got to the Series with help from rookie phenom, Fernando Valenzuela, whose wicked screwball won him his first eight games including five by shutout. The Mexican pitcher would pitch eight shutouts in all and win the National League's Cy Young Award. Joining Valenzuela in the rotation, with fine seasons of their own, were veterans Burt Hooton (11–6, 2.28) and Jerry Reuss (10–4, 2.30). The core of the position players remained intact with perennial all-star Steve Garvey at first, Davey Lopes at second, Bill Russell at shortstop, and team leader in home runs with thirteen, Ron Cey at third. Budding star, Pedro Guerrero, would move to the outfield becoming a regular starter for the first time in his career, in place of the aging and often injured Reggie Smith.

Tommy Lasorda was looking for his first World Series win in his fifth full season with the Dodgers after losing to the New York Yankees in 1977 and 1978.

New York Yankees
Bob Lemon's Yankees had a losing second-half (25–26) but managed to win the first-half (34–22) to qualify for the playoffs. Dependable Ron Guidry won eleven games (against five losses) with Dave Righetti coming into his own as a starter winning eight games with a 2.05 ERA. Righetti would later move to the bullpen saving over 200 games from 1984 to 1990. Goose Gossage was unhittable saving twenty games with an incredible 0.77 ERA striking out 48 in 47 innings.

Dave Winfield was signed as a free agent in the off-season joining superstar Reggie Jackson in the outfield and would lead the club with 25 doubles and 68 RBIs. Winfield's huge contract, $21 million over ten years, along with a strong lineup and terrific left-handed starting pitching, was not enough to deny the Dodgers their first World Series Championship since 1965.

One of the greatest post-season rivalries (dating back to 1941) was reset for the second Fall Classic of the 1980's. The New York Yankees had been in the hunt for more World Series Championships than any other team in professional baseball and the Brooklyn/Los Angeles Dodgers were their favorite prey. In the ten Series meetings between the two clubs, New York had prevailed as champs on eight occasions (6-1 against the Brooklyn Dodgers and 2-1 against the Los Angeles version). Both teams had last met in 1978 when the Yankees lost the first two outings then rebounded to beat the Nationals in four consecutive games for the crown. After a new two tiered playoff system was introduced (due to a players strike that interrupted the regular season) the Yankees had won a tight divisional-playoff over the Milwaukee Brewers (3-2) and went on to sweep the Oakland A's in the American League Championship Series.

As Game 1 started, New York showed the hometown crowd why they still were "The Greatest Show on Earth". Bob Watson opened it up with a three run homer in the first (off Jerry Reuss) and his teammates collected single runs in the third and fourth innings, for a 5-1 lead going into the eighth. A confidant Yankees skipper Bob Lemon replaced starter Ron Guidry with Ron Davis, who unfortunately walked the only two batters he faced. Attempting to divert a comeback, Goose Gossage was brought in, but he also yielded a run-scoring single to pinch-hitter Jay Johnstone and a sacrifice fly to Dusty Baker. Despite the setback, he managed to get out of the inning thanks to third baseman Graig Nettles who made a clutch, diving grab of a Steve Garvey line drive that appeared headed for the far left-field corner. After Ron Cey followed with a ground out, the nervous bullpen leader and his amazing infielder emerged as 5-3 winners.

Tommy John (a former Dodger who had crossed to sign with the Yanks after the '78 season) was given the start against his former mates in Game 2. Together with Gossage, he managed to hold Los Angeles to four meaningless hits on the road to a 3-0 victory. Shortstop Larry Milbourne garnered New York's only extra-base hit, (a fifth-inning double that drove in the first run) as the Yankees extended their Series winning streak against the Dodgers to six games.

Having played ten postseason games before the World Series ever started (five against the Houston Astros in the divisional playoffs and five more against the Montreal Expos in the Championship Series) Dodger manager Tommy Lasorda's team had come too far to give up now. Their postseason marathon was nearing the home stretch and they were falling behind fast. The skipper had been eagerly awaiting the chance to introduce their new rookie sensation Fernando Valenzuela to the Yankees and Game 3 provided the perfect opportunity. A good fit to face the Bombers; the lefty had pitched five shutouts in his first seven games and wound up with eight total in a 13-7 season. Despite his outstanding numbers, the inexperienced twenty year-old surrendered nine hits (including homers to Watson and Rick Cerone) and seven walks, but somehow managed to hold on for the 5-4 win on Cey's three run blast in the first, Pedro Guerrero's RBI double in the fifth and Mike Scioscia's run-producing double-play grounder that followed.

Bob Welch drew for the start for Game 4, but failed to retire a single batter as Los Angeles fell behind 6-3 early on. The Dodgers managed to tie it up in the sixth after Jay Johnstone hammered a two run pinch-homer and Davey Lopes (who reached second on a rare Reggie Jackson error) stole third and scored on a Bill Russell single. The comeback ignited a spark in LA's line-up and they continued to burn the Yankee rotation in the seventh on Steve Yeager's sacrifice fly and Lopes' run-scoring infield hit that put them ahead 8-6. "Mr. October" who was attempting to make amends for the costly fielding error in the sixth, erased the memory with a beautiful tape-measure homer to right-center in the eighth. Although it shortened the gap, it was all the Yanks could muster and the home team went on to tie the Series up with an 8-7 victory.

Guidry and Reuss returned to face each other again in Game 5 with Reuss coming out on top 2-1 after Guerrero and Yeager both slugged back-to-back homers in the seventh-inning. As the Series shifted back to the Bronx, both teams remained deadlocked in a 1-1 tie in the bottom of the fourth when Lemon elected to use a pinch-hitter in place of starting pitcher John. The decision proved devastating as New York failed to score in the inning and John was rendered ineligible for the rest of the contest. As reliever George Frazier came in to pick up the pieces, he was quickly taken for three runs in the fifth. Guerrero later added a two run single and a bases-empty home run while his five runs batted in highlighted the Dodgers' Series-clinching 9-2 triumph. Losing pitcher Frazier had suffered his thirdrd consecutive defeat, equaling the Series record established by Claude Williams of the 1919 Black Sox. Like the Yanks had done to them in '78, the Dodgers had come behind from a 2-0 deficit to defeat New York in four straight. Many Yankees fans blamed Lemon for sacrificing John so early in the game and as a result, the Series. The decision would prove costly on many fronts and his tenure with the "Pinstripes" would soon be at an end. 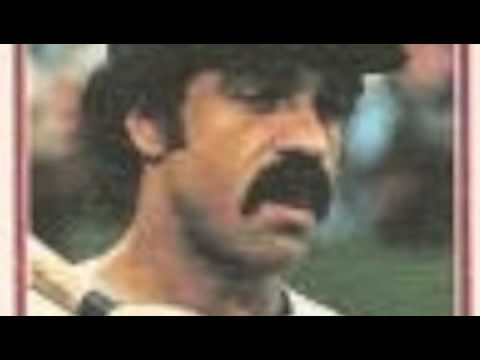