"Melvin And Howard" Is Released

Melvin and Howard is a 1980 American comedy-drama film directed by Jonathan Demme.

The screenplay by Bo Goldman was inspired by real-life Utah service station owner Melvin Dummar, who was listed as the beneficiary of $156 million in a will allegedly handwritten by Howard Hughes that was discovered in the headquarters of The Church of Jesus Christ of Latter-day Saints in Salt Lake City. A novelization of Goldman's script later was written by George Gipe.

Jonathan Demme's breakthrough movie featured the shaggy energy and affection for marginal American eccentrics that marked his earlier Citizens Band (1977) and such later films as Something Wild (1986) and Married to the Mob (1988). Melvin Dummar (Paul LeMat) is a barely-getting-by Nevada milkman. One day in the early 1970s, while driving down a lonely highway, Melvin picks up a shaggy, bearded bum (Jason Robards Jr.) and offers him a ride into town. Melvin gives the bum a quarter at the end of the ride, and that, so far as Melvin is concerned, is that. The story goes off on a new tangent, involving the on-and-off marriage between Dummar and his contest-happy wife Lynda (Mary Steenburgen). During one of the multitude of financial crises endured by the Dummars, Melvin discovers that the tramp he picked up was none other than billionaire Howard Hughes -- and when Hughes dies, Melvin inherits $150 million. The movie's wide acclaim included Oscars for Steenburgen and Goldman's script and New York Film Critics Awards in almost all major categories, including Best Picture and awards for Demme, Goldman, Steenburgen, and Robards. Demme would gain even greater attention in the 1990s as the director of The Silence of the Lambs (1991) and Philadelphia (1993). ~ Hal Erickson, All Movie Guide 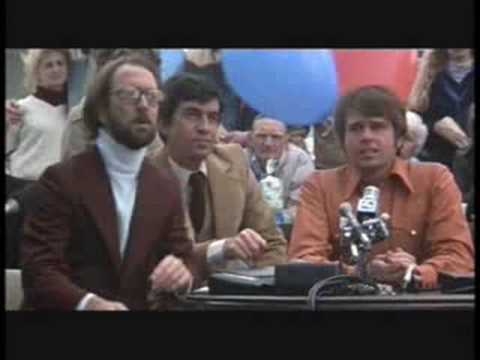