Do not move or tilt this bomb, because the mechanism controlling the detonators in it will set it off at a movement of less than .01 of the open end Ricter scale.

Do not try to take it apart. The flathead screws are also attached to triggers and as much as ¼ to ¾ of a turn will cause an explosion. … This bomb is so sensitive that the slightest movement either inside or outside will cause it to explode. This bomb can never be dismantled or disarmed without causing an explosion. Not even by the creator.
”

— Note included with the bomb planted at Harvey's

There are no plaques outside Harveys Lake Tahoe Resort & Casino to commemorate the shocking event that occurred there 25 years ago today.

Harveys spokesman John Packer said Aug. 27, 1980, is a day people on the south shore of Lake Tahoe would prefer to forget.

But Packer remembers. He processed photos for the FBI across the street in a lab that day.

But many people have forgotten.

The first five people interviewed in front of the casino Thursday had no idea that a quarter century ago a bomb containing 600 pounds of dynamite blew a crater 50 feet by 30 feet through five floors of Harvey's Wagon Wheel and damaged every window in the 250-room hotel-casino.

"There would have been at least 1,000 people killed if we had not evacuated everyone and turned off and drained the six-inch gas line that fed the casino," former Douglas County Sheriff Jerry Maple said. "It would have been a towering inferno."

When he was arrested in 1981 after his attempt to extort $3 million with a homemade bomb planted at Harvey's Hotel Resort, John Birges Sr. was in the midst of constructing a new bomb targeted for Harvey's or a San Francisco bank.

Birges Sr., a landscaper in debt, was apparently hellbent on recapturing at least $1 million lost to gambling and likely viewed the botched extortion attempt of casino owner Harvey Gross as fixable.

In the early morning hours of August 26, 1980—29 years ago today—men wearing white jumpsuits and pretending to deliver an IBM copy machine rolled a bomb into Harvey’s Resort Hotel and Casino in Stateline, Nevada, near Lake Tahoe.

So began one of the most unusual cases in our history.

The “creator,” we later discovered, was 59-year-old John Birges, Sr.—who wanted $3 million in cash in return for supplying directions to disconnect two of the bomb’s three automatic timers so it could be moved to a remote area before exploding.

The device—two steel boxes stacked one atop the other—contained nearly 1,000 pounds of dynamite. Inside the resort, Birges made sure the bomb was exactly level, then armed it using at least eight triggering mechanisms.

“We had never seen anything quite like it,” said retired Special Agent Chris Ronay, an explosives examiner who was called to the scene along with other experts. 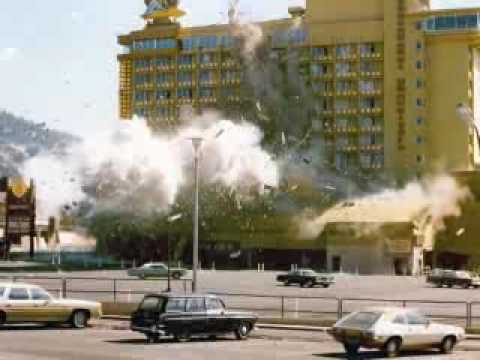