In this era of tremendous tropical activity, we go back to a time when powerful hurricanes were far fewer in the Atlantic Basin.

As a matter of fact, Hurricane Allen, which is the focus of this article, was the first Atlantic tropical cyclone of the decade of the 1980s, and last hurricane to make landfall in the United States for three years before Hurricane Alicia struck the Galveston area in 1983. Allen, which was the first named storm, hurricane, and major hurricane of the 1980 season, carved a path of destruction from the Lesser Antilles, through the Caribbean, into the Gulf of Mexico, to Southern Texas.

Allen, which is ranked all time as one of the most powerful storms ever to roam the Atlantic with its winds crossing the Category Five threshold three times during its lifetime. The lowest pressure recorded in the storm's life happens to be the third lowest pressure on record in the Atlantic behind Hurricane Gilbert (1988) and the Labor Day Hurricane of 1935. While the storm did not make landfall in Texas as a Category Five storm, it was still a major hurricane with wind gusts as high as 129 mph at Port Mansfield, Texas.

When it was over the open waters of the Atlantic Ocean, Caribbean Sea, and Gulf of Mexico, Hurricane Allen was one of the most intense hurricanes ever. Allen reached Category 5 status three times. It obtained a 911 mb (26.89 inches) central pressure in the eastern Caribbean on August 5 while south of Puerto Rico. After weakening near Haiti and Jamaica, Allen again strengthened and a minimum pressure of 899 mb (26.55 inches) was recorded by a NOAA aircraft on the 7th when it was off the Yucatan Peninsula. Only Hurricane Gilbert with the all time low pressure reading of 888 mb in 1988, and the infamous Labor Day hurricane of 1935 with a central pressure of 892 mb were lower than Allen's 899 mb central pressure. Allen lost strength again near the Yucatan Peninsula but regained it over the open waters of the Gulf of Mexico with a central pressure of 909 mb (26.84 inches) on 9th.

Allen formed 1100 miles east of Barbados on August 1. The tropical cyclone then moved westward through the Atlantic and became Hurricane Allen on August 3, when about 120 miles east of Barbados. The storm became the strongest hurricane (Category 5) ever in the Caribbean on the 7th, with sustained winds of 185 mph and higher gusts. At this time, Allen's central pressure was 26.55 inches (899 Mb).

Allen began to weaken as it entered the Gulf of Mexico on August 8, as it moved west-northwest. Dry air began to intrude into the system which caused weakening, and this continued as the storm crawled toward Brownsville. Allen made landfall as a category 3 hurricane near Port Mansfield on August 10. Daily rainfall records were set for Corpus Christi on the 9th and 10th (6.34 inches and 6.93 inches, respectively), which led to a new rainfall record for the month of August (14.39 inches). Daily rainfall records were also set on August 10 in Victoria (2.51 inches) and Laredo (3.92 inches). Flooding was a great problem. Ten to fifteen inch rains produced widespread flooding, the most critical being in the Kingsville area.

Hurricane Allen was the first and strongest hurricane of the 1980 Atlantic hurricane season. It was one of the strongest hurricanes in recorded history, one of the few hurricanes to reach Category 5 status on the Saffir-Simpson Hurricane Scale on three separate occasions, and spent more time as a Category 5 than any other Atlantic hurricane. Allen is the second of only two hurricanes in the recorded history of the Atlantic basin to achieve sustained winds of 190 mph (310 km/h), after Hurricane Camille in 1969.
Throughout its life, Allen moved through the deep tropics on a west-northwesterly course through the tropical Atlantic ocean, Caribbean Sea, and Gulf of Mexico before making landfall near the United States/Mexico border. At peak strength, it passed near Haiti, causing hundreds of deaths and heavy damage. 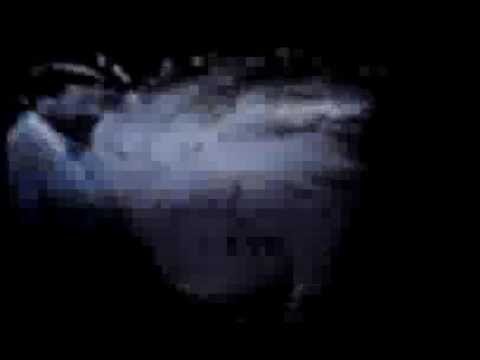 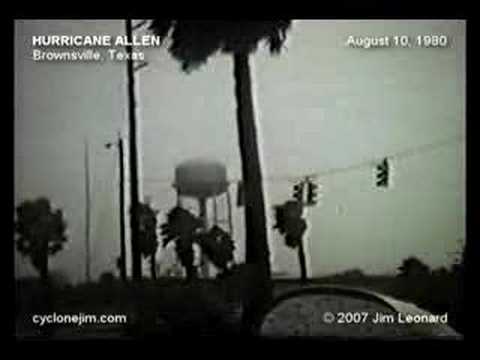 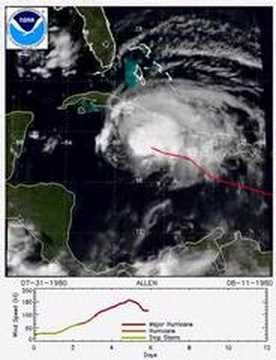 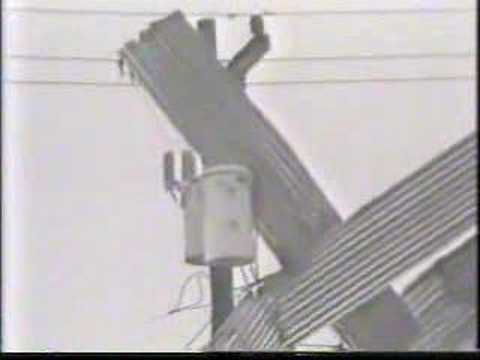