The 23-year-old Seve Ballesteros won the first of his two Masters championships in 1980, the second of his eventual five victories in majors.

He became the youngest-ever Masters champion with the victory (a record later bettered by Tiger Woods at the 1997 Masters).

He struggled through Amen Corner, though, losing seven strokes to the field, his lead down to three. But Ballesteros regained his composure and started hitting great shots again, played solidly over the final five holes, and ended with the 4-stroke victory.

Seve Ballesteros became the Tournament's then youngest champion (23) recording a four-stroke victory over Gibby Gilbert and Jack Newton. Ballesteros led or was tied for the lead each round, and had 23 birdies, a record for a winner at that time. 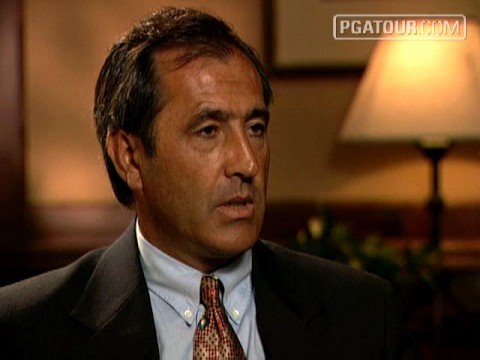