The initial collapse occurred within a minute but the Kielland remained floating for another 14 minutes or so after the initial failure.

During this time, a number of attempts were made to launch lifeboats, with only two of the seven lifeboats launched successfully. Three of the lifeboats were smashed against the rig's legs as result of the storm winds and waves whilst being lowered, leading to a number of casualties. After around 15 minutes, as water flowed into another two of the rig's legs, the last anchor wire parted and the rig rolled over completely with only the undersides of its legs visible above the surface.

There were 212 men aboard: 123 perished and only 89 survived the accident. On top of the high winds and waves, the men also faced near freezing waters with little protection. While some men did manage to swim to the Edda Platform to save themselves, others were swept away by 10m waves and strong currents as they attempted to reach rescue boats or other rigs.

Alexander L Kielland was moored at the Edda platform in the Ekofisk area when the accident happened. The bridge to the platform had been raised because of bad weather. Things happened so fast that few people had time to get their lifejackets, and the lifebelt chests on deck were soon emptied. Many failed to get one, and only a handful were wearing survival suits. A number of fateful accidents occurred during the evacuation. Three of the seven 50-seat lifeboats were smashed against the columns by the waves while being lowered. Only two of the lifeboats could be used. And nobody managed to find the release mechanism for the inflatable liferafts which could have held 400 people between them.

A year later in March 1981, the investigative report concluded that the rig collapsed owing to a fatigue crack in one of its six bracings (bracing D-6), which connected the collapsed D-leg to the rest of the rig. This was traced to a small 6mm fillet weld which joined a non-load-bearing flange plate to this D-6 bracing. This flange plate held a sonar device used during drilling operations. The poor profile of the fillet weld contributed to a reduction in its fatigue strength. Further, the investigation found considerable amounts of lamellar tearing in the flange plate and cold cracks in the butt weld. Cold cracks in the welds, increased stress concentrations due to the weakened flange plate, the poor weld profile, and cyclical stresses (which would be common in the North Sea), seemed to collectively play a role in the rig's collapse.

The rig was recovered in 1983 at the third attempt. It was scuttled later that year after a search for missing bodies had been completed, as well as several tests to determine the cause of the disaster. The fatigue crack had grown over time from a hydrophone port in the bracing tube. Judging by paint on part of the fractured surface the crack was probably due to improper labour at the plant in Dunkerque, France where the rig was built in 1976. 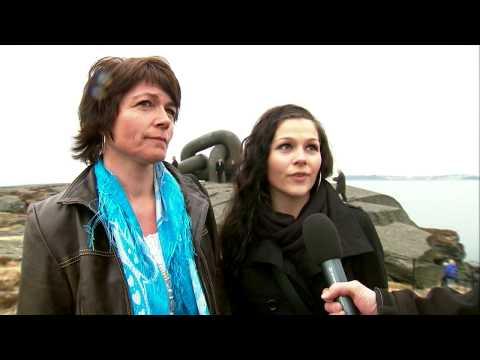