This was the second largest life-loss hotel fire in United States history.

It was determined during the investigation that the fire originated in the wall soffit of the side stand in the Deli, one of five restaurants located on the casino level.

The investigators concluded that several factors contributed to the cause of the fire but the primary source of ignition was an electrical ground fault.

The fire at the MGM Grand Hotel 25 years ago would have been a two-sprinkler fire if sprinklers had been there.

Despite pressure from fire marshals during the hotel's construction (and even after it opened in December 1973), hotel executives fought installing sprinklers. Sprinklers in the casino would have added about $192,000 to the cost of the $106 million hotel. A helpful Clark County building official interpreted the code so the hotel wasn't forced to have sprinklers in the casino, or in The Deli restaurant where the fire started.

"With sprinklers, it would have been a one- or two-sprinkler fire and we never would have heard about it," said David Demers, the Massachusetts fire analysis specialist who co-authored the National Fire Protection Association's report on the MGM Grand Hotel fire.

The MGM Grand fire occurred on November 21, 1980 at the MGM Grand Hotel and Casino (now Bally's Las Vegas) in Paradise, Nevada, USA. The fire killed 84 people, most through smoke inhalation. The tragedy remains the worst disaster in Nevada history, and the second-worst hotel fire in modern U.S. history, after the 1946 Winecoff Hotel fire in Atlanta that killed 119 people.

At the time of the fire, approximately 5,000 people were in the hotel and casino, a 26-story luxury resort with more than 2,000 hotel rooms. Just after 7:00 on the morning of November 21, 1980, a fire broke out in a restaurant known as The Deli. The Clark County Fire Department was the first agency that responded. Other agencies responding included Las Vegas Fire & Rescue and the Henderson Fire Department. Smoke and fire spread through the building, killing 84 people and sending 650 injured to the hospital, including guests, employees and 14 injured firefighters. While the fire primarily damaged the second floor casino and adjacent restaurants, most of the deaths were caused by smoke inhalation on the upper floors of the hotel. Openings in vertical shafts (elevators and stairwells) and seismic joints allowed toxic smoke to spread to the top floor

The disaster led to the general publicizing of the fact that during a building fire, smoke inhalation is a more serious threat than the flames thereof. 75 died from smoke and carbon monoxide, 4 from smoke alone, 3 from burns and smoke, only one 1 from burns alone, and 1 massive skull trauma, caused by jumping from a high window. 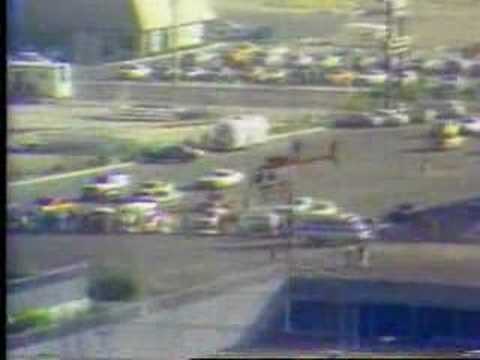