Kennedy finally threw his hat into the ring for the Democratic nomination in the 1980 presidential election by launching an unusual, insurgent campaign against the incumbent Carter, a member of his own party.

A midsummer 1978 poll had shown Democrats preferring Kennedy over Carter by a 5-to-3 margin. During spring and summer 1979, as Kennedy deliberated whether to run, Carter was unintimidated despite his 28 percent approval rating, saying publicly: "If Kennedy runs, I'll whip his ass." Labor unions urged Kennedy to run, as did some Democratic party officials who feared that Carter's unpopularity would lead to bad losses in the 1980 congressional elections. By August 1979, when Kennedy decided to run, polls showed him with a 2-to-1 advantage over Carter, and Carter's approval rating slipped to 19 percent. Kennedy formally announced his campaign on November 7, 1979, at Boston's Faneuil Hall. He had already received substantial negative press from a rambling response to the question "Why do you want to be President?" during an interview with Roger Mudd of CBS News broadcast a few days earlier. The Iranian hostage crisis, which began on November 4, and the Soviet invasion of Afghanistan, which began on December 27, caused the electorate to rally around the president, allowed Carter to pursue a Rose Garden strategy of staying at the White House, and knocked Kennedy's campaign out of the headlines.

Kennedy's campaign staff was disorganized and Kennedy initially an ineffective campaigner. The Chappaquiddick incident became a more significant factor than the staff expected, with several newspaper columnists and editorials criticizing Kennedy's answers on the matter. In the January 1980 Iowa caucuses that began the primaries season, Carter demolished Kennedy by a 59–31 percent margin. Kennedy's fundraising immediately dropped off and his campaign had to downsize, but he remained defiant, saying "[Now] we'll see who is going to whip whose what." Nevertheless, Kennedy lost three New England contests. Kennedy did form a more coherent message about why he was running, saying at Georgetown University: "I believe we must not permit the dream of social progress to be shattered by those whose premises have failed." In a key March 18 primary in Illinois, Chappaquiddick hurt Kennedy badly among Catholic voters; during a St. Patrick's Day Parade the day before, Kennedy had to wear a bullet-proof vest due to assassination threats as hecklers yelled "Where's Mary Jo?" at him. Carter crushed Kennedy on polling day, winning 155 of 169 delegates.

Ted Kennedy and his swollen press entourage arrived in two planes in Boston on Nov. 7 for the announcement of his candidacy. He chose Faneuil Hall, so long associated with great Boston orators, to speak forcefully against Carter. The crowd and reporters alike sensed they were attending a historic event. Kennedy was way ahead in the polls, drawing about 65 percent. How could Teddy possibly lose?

"I've got 45 percent," he told a reporter, reflecting his private judgment that he could truly count on the party's core liberals. "The last 6 percent comes hard."

Senator, why do you want to be president?” 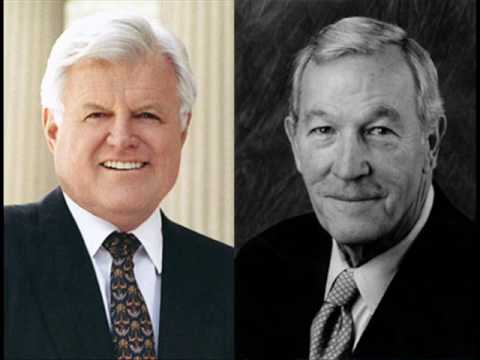 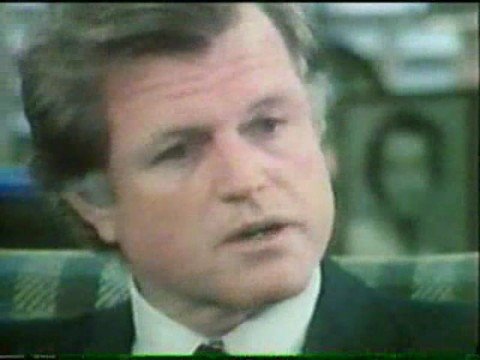 View other events that happened in November 1979