"The Buddy Holly Story" Is Released

The Buddy Holly Story is a 1978 biographical film which tells the life story of rock musician Buddy Holly.

The movie was adapted by Robert Gittler from the biography of Holly by John Goldrosen. It was directed by Steve Rash.

It won the Academy Award for Best Music, Original Song Score and Its Adaptation or Best Adaptation Score, and was nominated for Best Actor in a Leading Role (Gary Busey) and Best Sound (Joel Fein).

From the time he was a high-school student in Lubbock, Texas until his tragic death at age 22 in 1959, Buddy Holly ignored the condemnation by townspeople and his conservative relatives and dedicated his life to the new music he became famous for performing: rock 'n roll. Gary Busey stars as Buddy Holly in this widely acclaimed big-screen biography and sings well enough on camera for the film's adapted musical score to win an Oscar. Among the classic songs by Buddy Holly and the Crickets which can be heard are: Oh Boy, That'll Be The Day, Peggy Sue, and Not Fade Away. ~ Clarke Fountain, All Movie Guide 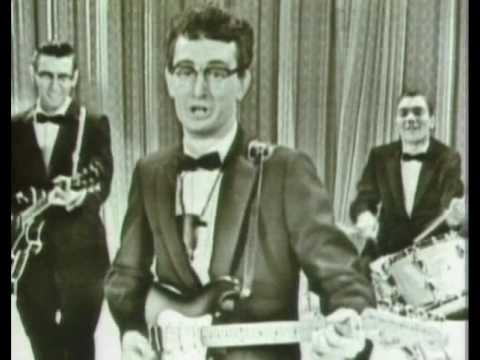