As the World Series celebrated its 75th Anniversary, two teams that shared many chapters in its story met for a classic rematch of East vs.

West. The defending champion New York Yankees had struggled for several years on the way to recapturing their twenty-first crown while the Los Angeles Dodgers were still stinging from the previous year's defeat. Both teams boasted strong pitching staffs, top-notch sluggers and several All-Stars in their line-ups. Many experts had predicted a close, seven game Series that would be decided in the closing minutes, but things did not appear that way in Game 1. LA's Davey Lopes drove in five runs on two home runs and Dusty Baker added his own against twenty game winner Ed Figueroa and the entire New York bullpen. Tommy John got the first Series victory of his career after tossing shutout ball for six innings in the 11-5 opener. The only encouraging performance from the Yanks was the familiar play of "Mr. October" Reggie Jackson, who picked up right where he had left off in '77 with a home run and two singles.

Little changed the following day as the Dodger Stadium crowd was treated to it's second win in a row thanks to Ron Cey, who knocked in all of Los Angele's runs with a single in the fourth and a three run homer in the sixth. Rookie pitcher Bob Welch saved the 4-3 game in the ninth after Jackson took the plate with two men on base. As the count went to 3-2, Reggie, who had fouled off three two-strike pitches, swung mightily at Welch's fastball and missed. Now up two games-to-none, the National Leaguers were thinking sweep as the contest shifted to Yankee Stadium.

Game 3 promised to be a pitchers duel as both team's brought out their "big guns". Don Sutton (a fifteen game winner) started for the Dodgers against Ron Guidy (25-3, 1.74 ERA, nine shutouts) and both aces struggled despite their spectacular stats. Guidry allowed seven walks and eight hits while Sutton surrendered five runs and nine hits in 6 1/3 innings. Roy White started the Yankees rolling with a first inning homer, but Graig Nettles was the star with outstanding play in the field. With two out and one man on base in the third, Nettles stopped the Dodgers by throwing out Reggie Smith after making a diving stop of his bullet down the third base line. In the fifth, with base runners on first and second with two out, he snagged another line-drive by Smith over the bag and held the power hitter to an infield single. On the next play, with the bases loaded, he nabbed a hard grounder by Steve Garvey and forced Smith out at second. Finally in the sixth, he finished them off with another brilliant stop on a two out, bases-loaded shot down the line while getting another force at second. In the end, Los Angeles couldn't beat the infielder and his team walked away with a 5-1 triumph.

Game 4 featured another controversial call that was becoming the norm in modern baseball. Tommy John entered the sixth protecting a 3-0 lead (thanks to Smith's fifth inning homer), but a series of events turned the tide of the game and inevitably the Series. After White led off with a single, Thurmon Munson walked and Jackson followed with a run-scoring base hit. Lou Piniella came up next and knocked a sinking liner toward Bill Russell. As the Dodgers shortstop went to play the ball it glanced off of his glove and fell to the ground. Munson, who had hesitated in case the ball had been caught, took off for third, but Russell went to second attempting to catch Jackson and complete a double-play at first. Sensing this, the Yankee stopped midway down the base path and, with Russell's throw in flight, turned toward first baseman Steve Garvey colliding with the ball. Munson scored the Yank's second run, but the Dodgers argued (to no avail) that Jackson had intentionally interfered.

New York went on to tie it up in the eighth, after Blair rounded the bases on a single, sacrifice and double by his fellow teammates. After Goose Gossage (twenty-seven saves, 2.01 ERA) retired Los Angeles (in order) in the top of the tenth, the Yankees struck for the game-winning run in the last half of the inning after Piniella scored White for the 4-3 victory. Bob Lemon, who had replaced Billy Martin in July, started Jim Beattie in Game 5 and the rookie benefited from the "Bronx Bombers" at their finest. Bucky Dent, Mickey Rivers and Brian Doyle all collected three hits and Munson drove in five runs for an eighteen hit, 12-2 romping that put the Yankees one game away from their twenty-second World Championship.

Hunter was given the call for Game 6 and, with two innings of relief help from Gossage, the two emerged 7-2 winners and World Champions. Dent and Doyle both repeated their three hit efforts with the shortstop's three run homer proving the deciding factor while Jackson topped it off with a seventh inning homer off of Welch, who had fanned him in Game 2. In addition to their first back-to-back championships since '61-'62, the Yanks set another postseason record as the only title winner ever to trail before winning six straight.

"I think the big thing is for us to relax, you know, over the course of this year we've gone into kind of like a little bit of a funk like this before, we've broke out. When this team breaks out, it's going to be big. So I think for them it's just to relax and keep trying to do the things that they're doing, remember the positives. Because we have a good hitting club."”

The 1978 World Series matched the defending champion New York Yankees against the Los Angeles Dodgers in a rematch of the 1977 Series, with the Yankees winning in six games to repeat as champions.
1978 was the first of ten consecutive years that saw ten different teams win the World Series, a string unprecedented in Major League Baseball history. The Los Angeles Dodgers would break the string with a World Series win in 1988 (as they won in the 1981 World Series).
This Series had two memorable confrontations between Dodger rookie pitcher Bob Welch and the Yankees' Reggie Jackson. In Game 2, Welch struck Jackson out in the top of the ninth with two outs and the tying and go-ahead runs on base to end the game. Jackson would get his revenge in Game 6 by smashing a two-run homer off Welch in the seventh to increase the Yankees' lead from 5–2 to 7–2 and put a final "exclamation point" on the Yankees' victory. 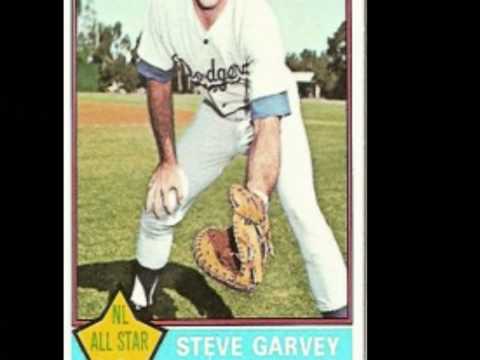