The Chrysler Sigma was a version of the Mitsubishi Galant automobile built by Chrysler's Australian manufacturing facility in Adelaide from 1977.

When Mitsubishi Motors Australia (MMAL) took over the manufacturing facility in 1980, they renamed the vehicle the Mitsubishi Sigma. The range was discontinued in 1987, and replaced by the Mitsubishi Magna.

The first Australian-built Sigmas were released in October 1977 to replace the outgoing GD series Galant and were badged as Chryslers. The GE series Sigma was the first to introduce the Australian market to the Astron engine range; the 1.6 litre Saturn engine was also available in the base model Sigma Galant. The mid-range model was the Sigma GL and came standard with the Astron (1.85 or 2.0 litre) and four-speed manual. The top-line model was the Sigma SE and was initially only available with the Astron 2000 with three-speed automatic. It had equipment levels never seen before at the time including reclining rear seats.
In March 1978 an imported two-door coupe version called the Sigma Scorpion was released based on the Mitsubishi Galant Lambda, and six months later a station wagon variant was added across the whole range.
A five-speed manual was offered as standard only on the SE from 1979 and in January 1980 the 2.6 litre Astron was released and was available as an option in GL and SE trim. The 2.6 was noted to be the most smoothest and most powerful Australian built four cylinder engine in its day and being renowned for its low-end torque, producing 73 kilowatts (98 hp) at 4800 rpm and 188 N·m (139 lb·ft) at 2400 rpm. Offering performance closer to that of larger six-cylinder cars, contemporary comparisons of the 2.6 against other four-cylinder cars showed that it could outpace its locally built four-cylinder competitors. It would be this engine that would also see service in Australia in both carburettor (and electronic fuel injection from 1987) with the Magna range, the Triton commercial range and the Pajero four-wheel drive up until 1996.

Released in May 1980, the GH series saw a considerable facelift on both front and rear ends. While it was only introduced to Australia in 1980, the facelift actually appeared on the Japanese home market Galant models and on New Zealand assembled Mitsubishi Sigma models in 1979. The mechanical layout was as before except for the deletion of the 1.85 litre engine. The base model was now simply called "Sigma" instead of "Sigma Galant" to avoid confusion with the previous Mitsubishi Galant.
A GLX model was placed between GL and SE level and was advertised as a "sports pack". A limited run of 1,016 "Peter Wherrett" editions of the GLX were built (option A05), named after Australian motoring journalist Peter Wherrett who was given the task of improving the handling of the Sigma by Mitsubishi Motors Australia after complaining about it. The improvements included 15 × 6 Globe "Montego" alloy wheels fitted with Pirelli P6 tyres, Recaro seats, Momo steering wheel, Sonic extractors, as well as different springs and shock absorbers.
In October 1980 the range was rebadged from "Chrysler Sigma" to "Mitsubishi Sigma", due to Mitsubishi buying out Chrysler Australia's operations. In September 1981, in partnership with turbocharger specialists Normalair-Garrett, Mitsubishi produced a limited run of 500 Sigma Turbos, the first Australian-built turbocharged production car. The forced-induction 2.0 litre Astron powerplant produced 116 kilowatts (156 hp) and 235 N·m (173 lb·ft).
This generation was discontinued in February 1982.

The redesigned GJ Sigma was released in March 1982, based on the 1980 Japanese domestic market Mitsubishi Galant. While a complete redevelopment was done for the sedan models, the wagon models in fact were new only from the firewall forward—the rest of the bodyshell was still GH based. Engine and transmission offerings remained as before, but received power and torque boosts; the 2.0 litre now produced 70 kilowatts (94 hp) and 152 N·m (112 lb·ft) and the 2.6 litre 76 kilowatts (102 hp) and 192 N·m (142 lb·ft).

A sporting model, the Sigma GSR, was also released with either 2.0 or 2.6 litre engines offered with either automatic or manual transmissions. Features included alloy wheels, four-wheel disc brakes, a sports steering wheel and blackouts, particularly on the window frames and doorhandles.
June 1983 saw the entry-level Sigma rebadged as the Sigma XL, to coincide with the trims on MMAL's small car, the Colt.
October 1983 saw the release of the luxurious Sigma "Super Saloon" which, placed above the SE trim level, came only with the 2.6 litre in either five-speed manual or three-speed automatic. Upmarket features of this model included alloy wheels, interior trim more plusher than the SE's (even in the boot which was fully lined), power windows, air conditioning, power steering, additional interior lighting (glove compartment, door, and overhead reading lamps) and additional storage compartments.
Two tone paint was also a feature of this model, notable colour combinations being metallic light-dark blue and light-dark brown.
The GJ series Sigma had the distinction of being the only Australian car during the 1980s to be exported to Europe (Chrysler previously did this with the Australian Valiant). The car was sold in the United Kingdom, in both sedan and wagon models, under the marque Lonsdale.

The GK Series was released in March 1984. It was a comprehensive facelift, both outside and in. Externally the GK was changed by having a new bonnet and a shallower grille, while at the rear new taillight clusters (which had actually appeared in certain overseas markets in 1982) and rear valence were fitted, the registration plate being relocated below the bumper. Internally the specifications and trim of the models had changed. Seats were different in certain models, particularly the GL, and all models had the option of power windows (although rare), an option not available in most previous models.

The Sigma XL was the entry-level model of the range and came with either the 1.6 or 2.0 litre engines. In the SE, velour seats with lumber control, adjustable headrests and a fold-down rear seat armrest with boot access were fitted. Reading lights incorporated into the roof-mounted dome light and built into the rear pillars were now a stock feature on the SE model Sigma. Power assisted steering was also an option along with electric windows. The SE model sigma had stock dual line striping around the car, with chrome bonnet indicators.
Chrome detailing (around gauges and air vents, which often had a tendency to peel off) was replaced by black painting, and the door trim was now two-tone in certain models. A few other slight changes were included in the GK sigma, for example, the boot was fully lined with carpet and also featured a plastic protector for the lights. A painted boot with only base carpet was used in the GN sigma, with no plastic light protector. Also, red courtesy lights were built into the bottom of the doors on the SE model.
As for the mechanics of the car, the GK was unchanged from the GJ, while the SE model featured rear disc brakes as standard. The GSR received a sportier front air dam, rear spoiler and 15 inch alloy wheels and was only available with the 2.6 litre engine and five-speed manual transmission. The GSR Sigma also had a sports steering wheel, black door frames and door handles and came standard with rear disc brakes.

Released in July 1985, the GN was an update, but also a rationalization of the previous Sigma range due to only being offered in GL trim. The range was rationalized due to the April 1985 release of the Mitsubishi Magna front-wheel drive range, which was developed eventually to replace the Sigma in Australia.
The GN range had a number of external trim changes over its predecessors, notably a black trim line around the base of the body, and the deletion of the wrap-round chrome strip seen on the previous model. The grille was remodelled, resembling the SE grille of the previous model, and new hubcaps were used with alloy wheels from the previous SE models optional. The largest change however, concerned the wagon models. To freshen the model before the impending release of the Magna wagon (which was being developed at that time, for a 1987 release), a new higher roof (dubbed "High Roof") was developed for the car, which helped to improve the car's overall cabin space. It gave the wagon a unique appearance from its predecessors, particularly as it incorporated a roof-mounted spoiler.
The "High Roof" Sigma wagon was an export model for MMAL. During 1986–1987 station wagons were shipped to New Zealand, due to that market's demand for wagon models. Although they were of a previous generation to the front-wheel drive Mitsubishi Sigma sedan (which was similar, but of a narrower bodyshell to the Magna, and fitted with smaller engines) range being sold in New Zealand, they proved popular, particularly with fleets.
Engine-wise, the GN sigma was offered either with the Astron 2.0 litre (70 kilowatts (94 hp) @ 5600 rpm and 152 N·m (112 lb·ft) @ 2400 rpm, compression ratio 9.5:1) or the Astron II 2.6 litre (83 kilowatts (111 hp) @ 5200 rpm and 200 N·m (150 lb·ft) @ 2400 rpm, compression ratio 8.8:1) units. The Astron II had a few changes over the previous models, notably a newly designed head with hydraulic tappets (replacing the manual tappets in previous Astrons) and flat-top pistons. The oil pressure switch was now located at the rear of the cylinder block. In December 1985 the 2.0 litre versions were dropped, as Mitsubishi did not believe it warranted the conversion to unleaded fuel. Unleaded was introduced in Australia in January 1986.
This final generation of the Sigma ceased production in early 1987, due to the release of the Magna wagon models, completing the overall Magna range. 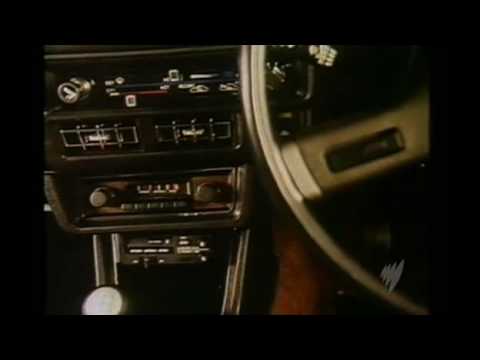