The Chrysler LeBaron was introduced in 1977 as Chrysler's lowest priced model, and the name was used on various Chryslers until 1995.

Although the LeBaron name had been used before on Imperials, this was the first time the name was used on its own. This first Chrysler LeBaron was a rear-wheel drive M-body, a rebadged Dodge Diplomat with deluxe trim and equipment sold from 1977 to 1981. LeBarons were available in coupes, sedans and station wagons. A Police version was available in 1981 only. The wagons arrived in 1978. All wagons had the Town & Country wood panelling until a plain base wagon was added in 1980-81.

The car received a major refreshening for 1980, with new front and rear fascias giving it a more upscale appearance. The rear roofline was also made shorter and steeper. The 2-door coupe received new smooth rear sheetmetal, that replaced the old curved rear panels. On the inside, enhancements were made to the interior to make it more luxurious. For 1981, a limited edition "Fifth Avenue" package was available; only 654 LeBarons were produced with this package.
The LeBaron model name was moved to the new front-wheel drive K-platform for the 1982 model year. The former M-body LeBaron sedan became the Chrysler New Yorker; it could still be equipped with the Fifth Avenue package. The M-body wagons and coupes were discontinued after 1981. Chrysler's M-body sedan was ultimately renamed Fifth Avenue for 1983 and it was produced through 1989 little changed from the vintage-1980 LeBaron sedan.

For 1982, the LeBaron moved to the front-wheel drive Chrysler K platform, where it became an upscale version of the Dodge Aries and Plymouth Reliant. It was available in sedan, coupe versions. In 1982, it was released in a convertible version, bringing to the market the first open-topped domestic vehicle since the 1976 Cadillac Eldorado. A station wagon version called the Town and Country was added as well. A special Town and Country convertible was also made from 1983 to 1986 in limited quantities (1,105 total), which like the wagon featured simulated wood paneling that made it resemble the original 1940s Town and Country.
Despite being mechanically identical to the Aries and Reliant, its fascias looked much more like those of the larger E-body sedans. This generation featured Chrysler's Electronic Voice Alert, a computerized voice which admonished drivers with phrases.

The LeBaron was facelifted for 1986 receiving rounder front and rear ends to improve aerodynamics. Coupes and convertibles were dropped for 1987, being replced by the all-new J-body LeBaron released that year. The sedan and wagon contined with minor change until 1988. A larger LeBaron sedan based on the Dodge Spirit and Plymouth Acclaim would arrive for the 1990 model year.
A slightly modified 1986 Town and Country convertible was prominently featured in the 1987 film Planes, Trains and Automobiles. A 1983 Town and Country convertible was also famously featured in various episodes of the sitcom Seinfeld; George Costanza purchased it because he believed it previously had been owned by Jon Voight.

The 1985 LeBaron GTS was a somewhat different car than the standard LeBaron and was based on the Chrysler H platform. As a 5-door hatchback still derived from the K-car, the GTS (and the similar Dodge Lancer) was more of a performance vehicle, than the softer-tuned K-car LeBaron sedan. In base configuration, the car was powered by Chrysler's 2.2 liter inline-4 engine, later replaced by a 2.5 L TBI version generating 100 hp (75 kW). A turbocharged 2.2 L engine producing 146 hp (109 kW), was also available. The GTS moniker was dropped for 1989, the final year of this vehicle's production, after the K-based LeBaron sedan was discontinued.

Back in 1987, Chrysler's LeBaron coupe and convertible changed radically--and the new shape was destined to stick around through 1995. By the '90s, LeBaron was the country's top-selling convertible. Only 4-cylinder engines were available in early seasons, both turbocharged and naturally aspirated. LeBarons added a Mitsubishi-built V6 option for 1990. A 4-speed automatic was offered, too. Coupes and convertibles came in Highline or Premium trim, along with sportier GT and GTC variants. Also for '90, the performance-oriented GTC gained an optional electronic variable-damped suspension, which allowed the driver to alter shock absorber damping. At the same time, variable-nozzle technology gave the GTC's 2.2-liter Turbo IV engine quicker response. Ever since 1989, LeBarons have had a standard driver-side airbag.

I understand clearly why Chrysler is having a hard time selling some of its cars these days.

There was not one single thing wrong with the LeBaron sedan I drove for a week, yet, there was one major item missing, an important characteristic that every new car must have nowadays to succeed: refinement.

If this were 1980, the LeBaron sedan probably would get rave reviews for its performance and high level of standard equipment. But in the past 10 years, foreign automakers continually have set and raised the quality standards that American cars must meet or beat to compete.

While Ford and GM have moved forward in an effort to compete with foreign automakers, Chrysler has been left behind.

The LeBaron sedan falls short in some areas, and the fully optioned test car's sticker price made more than a few eyebrows raise - but not for the right reasons.

Here's where I think the LeBaron sedan fails to measure up to the Ford Taurus and Honda Accord, the two hottest-selling family sedans: the engine and the fit and finish.

The 141-horsepower, 3.0-liter, V-6 engine easily will outperform the Taurus and the Accord while delivering excellent fuel economy. The EPA rates the six-passenger LeBaron at 19 miles per gallon in the city and 26 mpg on the highway. My actual mileage was 23.9 in city driving with the air conditioning running at full blast.

However, the V-6 moans and groans and sounds like an asthmatic coffee pot. You like to hear the engine take such deep breaths in vehicles like the Dodge Daytona or one of Chrysler's sporty pickup trucks. But not in the LeBaron. It's completely out of character here.

On the inside, several things were not engineered or assembled with precision in mind. The plastic cruise control buttons on the bottom of the steering wheel were loose. They rattled when driving over rough roads and they buzzed under heavy acceleration.

Most of the time, the key could not be removed from the ignition unless I used my left hand to pull the column-mounted shifter all the way up.

There was also a symphony of unwholesome noises I couldn't identify.

And yet, though these shortcomings were bothersome and distracting, the LeBaron's multitude of strong points were easy to discern.

Chrysler always has had a flair for designing and styling nice-looking, comfortable interiors. The LeBaron's interior can be described in one word: sumptuous. The pleated leather seats and door panels in the test car were some of the most luxurious and attractive I've ever seen in a car costing less than $20,000.

The front-wheel-drive layout of the LeBaron affords generous leg room for front and rear passengers. Head room, even for 6-footers, is ample, and the trunk is cavernous.

The LeBaron is a better handling car than its looks would have you believe. The steering is light and crisp, and if you should throw the car into a curve on short notice, the LeBaron will see you through with ease. The suspension is soft enough to absorb nearly every flaw in the road without telegraphing the turbulence into the interior, and it is firm enough to thwart undue amounts of body roll. Its ride is excellent.

There's been some noise about Chrysler's new four-speed electronic transmission not being up to the job. The one in the test car shifted so smoothly that the changing of gears was nearly imperceptible. Many powerful front-wheel-drive cars suffer from torque steer. The LeBaron doesn't.

The car is reasonably priced and well-equipped at $15,995 without the option package, which pushes the price to $18,492. The base car comes with power steering and brakes, air conditioning, tilt steering whee , rear window defroster and cruise control, just to name a few items. Depending on how well you can bargain with the salesman, it might be better to pass on the option package.

With the model year winding down, dealers are anxious to move 1990 models. There still is a fair selection remaining on Central Florida lots. On the LeBaron sedan, Chrysler is offering a $750 rebate or a choice of several cut-rate financing plans. The major difference between the 1990 and the 1991 models is the price: the '91s are more expensive.

In any case, the LeBaron sedan is for the most part a decent car. But for now Chrysler's midsize sedan just doesn't offer as much refinement as others in its price range and class. 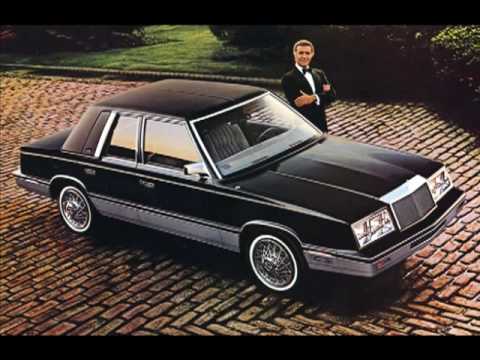