Moody Blue is the title of Elvis Presley's last album to be released in his lifetime.

The album was a mixture of live and studio work, and included tracks from Presley's final studio recording sessions in 1976, including "Moody Blue", a previously released hit, and "Way Down," which would become a hit after Presley's death less than a month after the album's release. As described in Elvis: The Illustrated Record, RCA was not able to obtain sufficient new studio material for a complete album (most of Presley's 1976 studio output having already been used in the previous album, From Elvis Presley Boulevard, Memphis, Tennessee) and chose to augment the remaining available works with three live tracks recorded in Ann Arbor, Michigan, on April 24, 1977, including a version of "Unchained Melody" which would be the album's third single, released posthumously. RCA and producer Felton Jarvis had booked for January 1977 a recording studio in Nashville to cut some new tracks for this album. Elvis had chosen a few numbers to record with the help of Jarvis, most of them were rather country and uptempo. Unfortunately, Elvis never showed up at the session, claiming he was sick and stayed home (an excuse he often used in the 60's to avoid recording bad soundtracks for his films). Jarvis and RCA had nothing to do then but to fill the album with the live tracks mentioned above. Also included is a live performance of "Let Me Be There" which had already been released three years earlier on the album Elvis: As Recorded Live on Stage in Memphis. 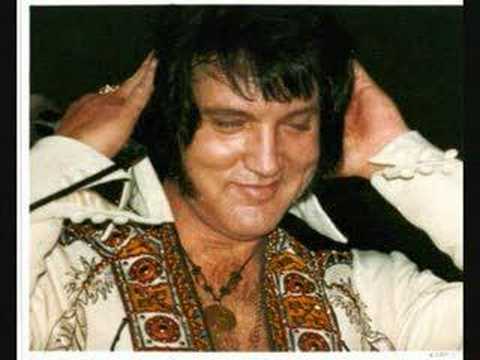