The Beverly Hills nightclub in Southgate, Kentucky, was destroyed in a disastrous fire in 1977 in which 165 people perished.

The club had a colorful history. From 1940 to 1961 the club, operated by organized gambling interests, featured sophisticated (and illegal) casinos and Hollywood entertainment. The club's fortunes declined in the 1960s with the demise of organized crime in northern Kentucky. In 1970 real estate developer and businessman Richard Schilling bought, expanded, and reopened the Beverly Hills as an elegant supper club that again featured popular entertainers. On May 28, 1977, when the supper club was packed with more than 2,000 patrons, a fire started in the Zebra Room around 9:00 p.m. It spread rapidly and sent deadly black smoke through the building. More than five hundred firemen, policemen, emergency squad members, nightclub employees, and other volunteers fought the fire. It was attributed to faulty wiring, improper insulation, and the absence of a sprinkler system. Only the 1942 Cocoanut Grove fire in Boston, which killed 491, was a worse nightclub disaster. The total amount recovered by plaintiffs in settlements was $55.4 million.

A wedding reception in the Zebra Room had ended at 8:30 p.m. Some guests complained that the room was becoming overheated, though no smoke was in evidence yet. The doors of the Zebra Room were closed after the reception ended, and the fire continued to smolder undetected for another 25 minutes. Two waitresses looking for tray jacks entered the Zebra Room at about 8:56 p.m. They saw dense smoke hanging near the ceiling and notified management immediately. A phone call was placed to the fire department at 9:01 p.m., and the first fire engine arrived in only three minutes, as it happened to be in the area of the club at the time of the call. Meanwhile, the management used two fire extinguishers inside the Zebra Room, but to little effect. The fire had taken hold and could no longer be contained inside the room.

At 9:08 PM, busboy Walter Bailey interrupted the show in the Cabaret Room, taking the stage to ask patrons to leave and pointing out the exits to the left and right of the stage. Some of the spectators obeyed and began to leave the Cabaret Room through the exits. Bailey was hailed as one of the heroes of the night, receiving official recognition and a letter from then U.S. President Jimmy Carter. Bailey said later that for years he rejected the title of hero and wondered if he'd done enough.

The fire burst into the Cabaret Room at 9:10 PM, preceded by thick smoke that spread all over the room, quickly engulfing it. Those who had not evacuated quickly panicked; many of them would be found dead piled up near the main entrance. The flames spread so rapidly that a full evacuation of the sprawling, crowded building was not possible.

Firefighters concentrated on the Cabaret Room where it was known that many people were trapped, but at midnight the roof had collapsed, and authorities doubted any more survivors would be found. John Davidson escaped via a door that had recently been constructed near the talent dressing room. His road manager also escaped, but his musical director perished. 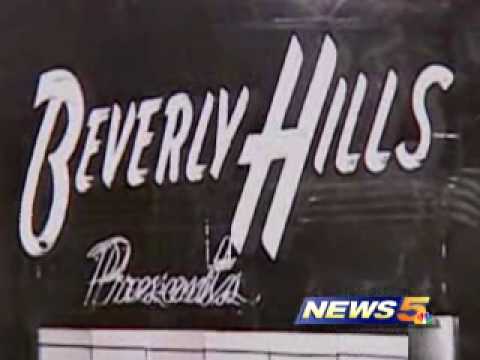 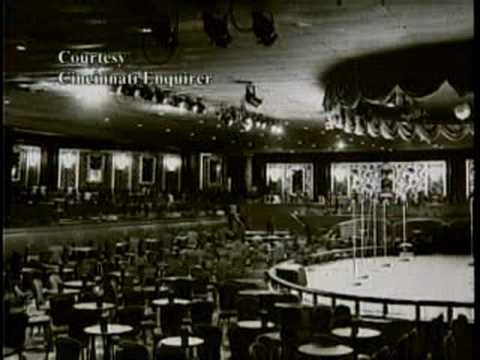