"The Duellists" Is Released

The Duellists is a 1977 film, which was Ridley Scott's first feature film as a director.

It won the Best Debut Film award at the 1977 Cannes Film Festival. The basis of the screen play is the Joseph Conrad short story The Duel (U.S. title: Point of Honor) published in A Set of Six.

The Duellists is based on a story by Joseph Conrad, variously titled The Duel and The Point of Honour. Keith Carradine and Harvey Keitel play officers in Napoleon's army -- D'Hubert and Feraud, respectively -- who spend their off-hours challenging each other to bloody duels. This goes on for nearly 16 years, with neither man showing any inclination of calling a truce. The final clash finds the gentlemanly D'Hubert getting the upper hand of the obsessed Feraud -- but that's not quite the end of the story. The Duellists was the debut feature for director Ridley Scott; it won the Cannes Film Festival prize for Best First Film. ~ Hal Erickson, All Movie Guide 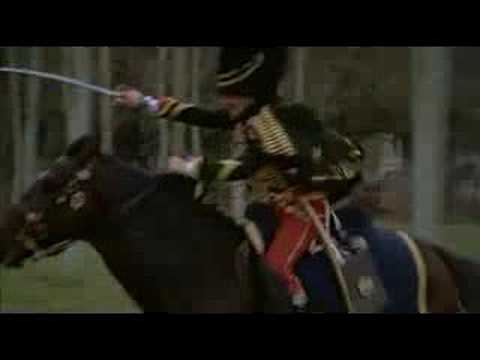 View other events that happened in December 1977