Campbell has an affinity for the number 4…Four times he was All Southwest running back, the first time in that conference’s history one man earned such an honor…His college career in rushing is 4,444 yards…and in his 4th year of college he captured both the Heisman Trophy and consensus All-American. Earl’s top game was in 1977, where he gained 222 yards rushing against Texas A&M. His incredible talent for rushing brought him eighteen games in which he gained 100 yards or more in his college career. After graduating with a degree in Speech Communications from the University of Texas, Earl was the first player drafted by the NFL for the 1978 season – by the Houston Oilers. With the Oilers he showed definite record breaking tendencies. He’s become one of the few rookies in their first season to go over 1,000 yards rushing. He broke the single season rushing record for a rookie. Campbell set the Houston Oilers team record for most touchdowns in a single season, and tied the record for touchdowns in a single game. Earl is now retired from the NFL and is back at this alma mater, the University of Texas, as Assistant to the Athletic Director. Earl is the President of Earl Campbell Foods, Inc. which has been called the fastest growing food company in America.

Earl was elected to the National Football Foundation and College Hall of Fame in 1990.

Texas star Earl Campbell won in every section except, oddly enough, the Southwest, his home base. Oklahoma State's Terry Miller took that region. Grambling became the first school outside Division I to place a player in the top 10 as quarterback Doug Williams finished fourth. The voting regions were expanded to six for the 1977 balloting.

Earl Christian Campbell (born March 29, 1955) is a former professional American Football running back.
His nickname is The Tyler Rose, a reference to his hometown of Tyler, Texas, which is known as the "Rose Capital of America" for its prominent place in the rose-growing industry. He went to John Tyler High School.

As a collegiate football player at the University of Texas at Austin, he won the Heisman Trophy in 1977 and led the nation in rushing with 1,744 yards. In 1977, he became the first recipient of the Davey O'Brien Memorial Trophy which was awarded to the most outstanding player in the now-defunct Southwest Conference. He was also a consensus All-America choice in 1977. Additionally, he was a First-team All-America selection by the AFCA in 1975. He was selected as the Southwest Conference running back of the year in each of his college seasons and finished with 4,444 career rushing yards.
Also while at the University of Texas, Earl Campbell was chosen as a New Man in the Texas Cowboys student service organization in the mid-70s. The Texas Cowboys are the student organization made up of campus leaders. They are also responsible for taking care of and firing 'Smokey' the Cannon at Texas football games.

Earl Campbell is one of the most notable running backs to ever play college football. Graduating from the University of Texas in 1977, he was the number 1 draft pick by the Houston Oilers and was voted Rookie of the Year as well as Most Valuable Player in his first professional year. By the end of his professional football career he had amassed 9,407 yards rushing, 806 yards receiving, 74 total touchdowns, and 10,213 total yards. He ranks tenth on the all-time rushing yards in the NFL and has appeared on the cover
of Sports Illustrated six times.

EarlCampbell.com and TheTylerRose.com were founded by Earl Campbell in July 2000 and are based out of Austin, Texas. This company's sole purpose is to provide authentic memorabilia to avid fans of Earl Campbell, The University of Texas, and The Houston Oilers. All merchandise is officially endorsed and authenticated by Earl Campbell and is coordinated through this web site to be purchased by mail or by phone. All merchandise comes guaranteed. If there is anything you are looking for that you cannot seem to find feel free to email us and we will see if we can accommodate your wishes. 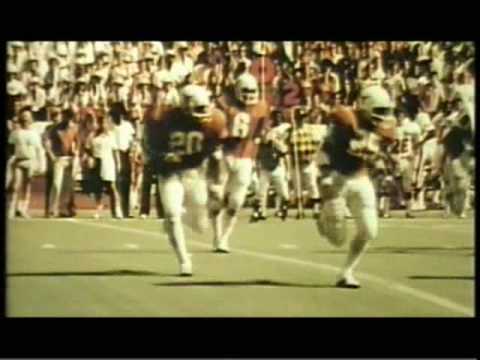