Chaplin's robust health began to slowly fail in the late 1960s, after the completion of his final film A Countess from Hong Kong, and more rapidly after he received his Academy Award in 1972.

By 1977 he had difficulty communicating, and began using a wheelchair. He died in his sleep in Vevey, Switzerland on Christmas Day 1977. He was interred in Corsier-Sur-Vevey Cemetery, Vaud, Switzerland. On 1 March 1978, his corpse was stolen by a small group of Swiss mechanics in an attempt to extort money from his family. The plot failed, the robbers were captured, and the corpse was recovered eleven weeks later near Lake Geneva. His body was reburied under two metres of concrete to prevent further attempts.

During World War I, Chaplin was criticized in the British press for not joining the Army. He had in fact presented himself for service, but was denied for being too small and underweight. Chaplin raised substantial funds for the war effort during war bond drives not only with public speaking at rallies but also by making, at his own expense, The Bond, a comedic propaganda film used in 1918. The lingering controversy may have prevented Chaplin from receiving a knighthood in the 1930s.

For Chaplin's entire career, some level of controversy existed over claims of Jewish ancestry. Nazi propaganda in the 1930s and 40s prominently portrayed him as Jewish (named Karl Tonstein) relying on articles published in the U.S. press before,[30] and FBI investigations of Chaplin in the late 1940s also focused on Chaplin's ethnic origins. There is no documentary evidence of Jewish ancestry for Chaplin himself. For his entire public life, he fiercely refused to challenge or refute claims that he was Jewish, saying that to do so would always "play directly into the hands of anti-Semites."[citation needed] Although baptised in the Church of England, Chaplin was thought to be an agnostic for most of his life. 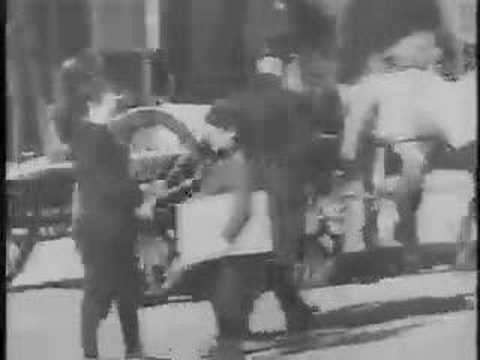