Weary rescue crews working without rest today recovered another dozen bodies from the steel and concrete rubble of a Mississippi River grain elevator, forcing officials to raise their estimates of the explosion death toll to 35 in the nation's worst grain industry accident.

Shortly before dawn, the 22nd body was recovered from the wreckage of the $100 million Continental Grain Co. plant in suburban New Orleans and Jefferson Parish Sheriff Alwynn Cronvich said he feared another 13 victims were buried inside.

Eleven other persons, including a sheriff's deputy, were hospitalized with injuries.

"It's almost more than we can bear," said Jefferson Parish Sheriff Alwynn Cronvich. "The men are getting a little discouraged because they are searching for bits and pieces of bodies."

The blast destroyed 48 of the 73 giant silos used to store soybeans, wheat and oats at the plant. Most of the men that died were trapped in a two-story, cinder block office building that was crushed when a nearby 25-story grain elevator exploded.

Because of the tragedy in Westwego, three major safety regulations have been implemented to grain elevators nationally and abroad. Now, hundreds of heat sensors have been installed so that if a machine overheats, the workers will know right away. Pressure sensors also help reduce the thermal expansion of grain dust, and offices and control rooms have been moved to remote locations on plant sites. 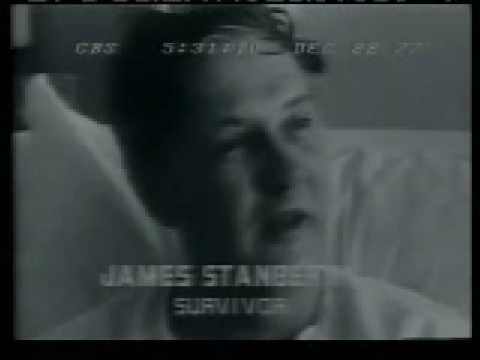