February 24: Ford squeaks by Reagan in the New Hampshire primary.

March 17: The National Republican Conference of Mayors calls on Reagan to withdraw.

March 23: The Reagan campaign runs out of funds. Consensus among advisors is that he should quit. Reagan announces he won’t. Instead, he gives a national speech attacking President Ford’s and Secretary of State Henry Kissinger's policy of détente. He wins the North Carolina primary, 53-46.

August 18: Reagan gets 47.4% of delegates at the Republican Convention in Kansas City.

August 19: Reagan addresses Kansas City convention delegates. His speech, about the tension between the dangers of nuclear weapons and the need to preserve freedom, electrifies the audience. For the next four years, Reagan divides his time betwen working in his ranch, giving speeches and writing a weekly column.

Reagan's concession speech emphasized the dangers of nuclear war and the threat posed by the Soviet Union. Though he lost the nomination, he received 307 write-in votes in New Hampshire, 388 votes as an Independent on Wyoming's ballot, and a single electoral vote from a Washington State "faithless elector" in the November election, which Ford lost to Democratic challenger Jimmy Carter. 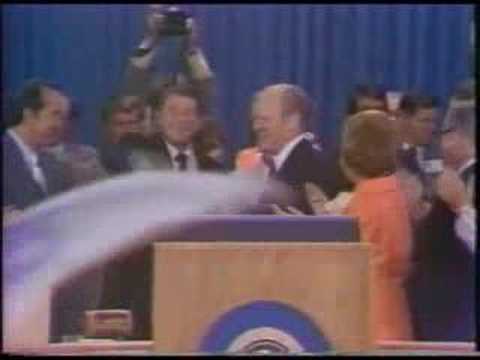 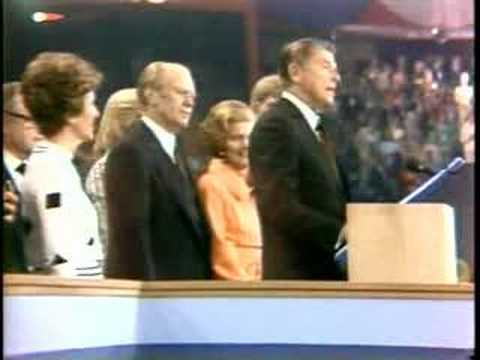