Games of the XXI Olympiad Held in Montreal, Quebec, Canada

The 1976 Summer Olympics, officially known as the Games of the XXI Olympiad, were an international multi-sport event held in Montreal, Quebec, Canada, in 1976.

Montreal was awarded the rights to the 1976 Games on May 12, 1970, at the 69th IOC Session in Amsterdam, over the bids of Moscow and Los Angeles, which later hosted the 1980 and 1984 Summer Olympic Games, respectively.

The Olympics were a financial disaster for Montreal, as the city faced debts for 30 years after the Games had finished. The Quebec provincial government took over construction when it became evident in 1975 that work had fallen far behind schedule; work was still under way just weeks before the opening date, and the tower was not built. Mayor Jean Drapeau had confidently predicted in 1970 that "the Olympics can no more have a deficit than a man can have a baby", but the debt racked up to a billion dollars that the Quebec government mandated the city pay in full.

The Olympic Stadium, a daring design of French architect Roger Taillibert, remains a lasting monument to the huge deficit and as such is known as the Big Owe; it never had an effective retractable roof, and the tower was completed only after the Olympics. In December 2006 the stadium's costs were finally paid in full. The total expenditure (including repairs, renovations, construction, interest, and inflation) amounted to C$1.61 billion. Today, despite its huge cost, the stadium is devoid of a major tenant, after the Montreal Expos moved in 2005.

The boycott by African nations over the inclusion of New Zealand, whose rugby team had played in South Africa that year, was a contributing factor in the massive protests and civil disobedience that occurred during the 1981 Springbok Tour of New Zealand. Official sporting contacts between South Africa and New Zealand did not occur again until after the fall of apartheid. 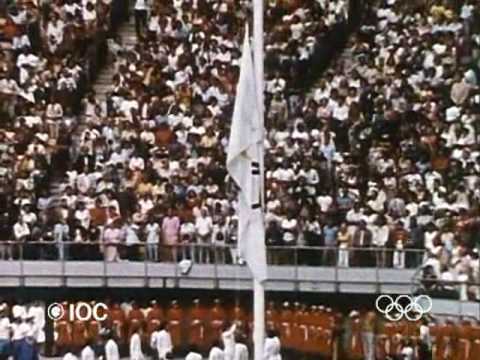