Queen Releases "A Night at the Opera"

A Night at the Opera is the fourth album by English rock group Queen, released in November 1975.

Co-produced by Roy Thomas Baker and Queen, A Night at the Opera was, at the time of its release, the most expensive album ever recorded. It was originally released by EMI in the UK where it topped the charts for nine weeks, and Elektra Records in the United States where the album peaked at number four, eventually being certified triple platinum (three million units shipped).

The album takes its name from the Marx Brothers film A Night at the Opera, which the band watched one night at the studio complex when recording. In a worldwide Guinness poll, the album was voted the 19th greatest of all time. A Channel 4 poll saw the British public vote it as the 13th greatest album ever recorded, while the Australian public voted it #28 in an ABC poll. A Night at the Opera was included in Rolling Stone's "500 Greatest Albums of All Time."

Since its release, critical reception of A Night at the Opera was immensely positive from both fans and critics. In particular, Bohemian Rhapsody, the album's centerpiece, received acclaim and is still considered among the greatest songs ever recorded.

The album was ranked number 230 on Rolling Stone magazine's list of the 500 greatest albums of all time. Channel 4 named it the 13th greatest album of all time. It was also ranked #41 on Q's "100 Greatest British Albums" and #16 on Q's "50 Best British Albums Ever!". In 2006 it was voted the ninth greatest Number One album of all time by the British public. The album is included in the book 1001 Albums You Must Hear Before You Die. 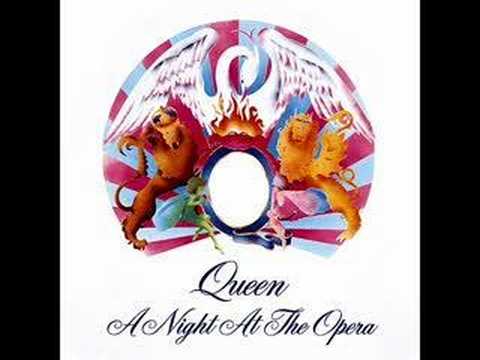