Richard M. Nixon Resigns the Office of the President of the United States

Nixon's position was becoming increasingly precarious, and the House of Representatives began formal investigations into the possible impeachment of the president. The House Judiciary Committee voted 27 to 11 on July 27, 1974 to recommend the first article of impeachment against the president: obstruction of justice. The second (abuse of power) and third (contempt of Congress) articles were passed on July 29, 1974 and July 30, 1974, respectively.

In August, the previously unknown tape from June 23, 1972, was released. Recorded only a few days after the break-in, it documented Nixon and Haldeman formulating a plan to block investigations by having the CIA falsely claim to the FBI that national security was involved. The tape, which was referred to as a "smoking gun," hampered Nixon politically. The ten congressmen who had voted against all three articles of impeachment in the committee announced that they would all support impeachment when the vote was taken in the full House.

The morning that his resignation was to take effect, President and Mrs. Nixon and their family bade farewell to the White House staff in the East Room. A helicopter took him from the White House to Andrews Air Force base in Maryland. Nixon later wrote that he remembered thinking "As the helicopter moved on to Andrews, I found myself thinking not of the past, but of the future. What could I do now?..." At Andrews, he boarded Air Force One to El Toro Marine Corps Air Station in California and then to his home in San Clemente.

In all the decisions I have made in my public life, I have always tried to do what was best for the Nation. Throughout the long and difficult period of Watergate, I have felt it was my duty to persevere, to make every possible effort to complete the term of office to which you elected me. In the past few days, however, it has become evident to me that I no longer have a strong enough political base in the Congress to justify continuing that effort. As long as there was such a base, I felt strongly that it was necessary to see the constitutional process through to its conclusion, that to do otherwise would be unfaithful to the spirit of that deliberately difficult process and a dangerously destabilizing precedent for the future” 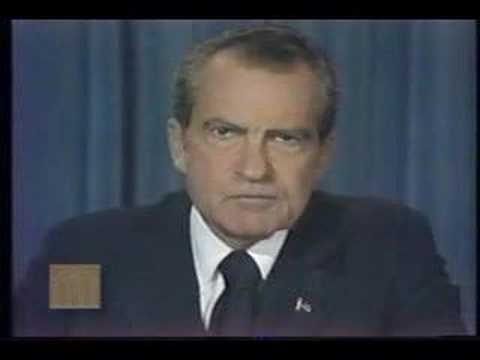 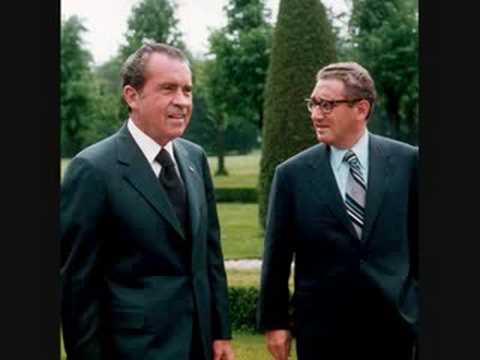