The 1974 Stanley Cup Final was contested by the Boston Bruins and the Philadelphia Flyers.

The Flyers made their first Final appearance and the Bruins returned to the Finals after having won the 1972 Stanley Cup Finals. The Flyers won the best-of-seven series four games to two and became the first team from the 1967 Expansion to win the Stanley Cup.

In the previous 19 games against the Bruins in Boston, the Flyers had lost 17 and tied two. Boston had home advantage also. The Bruins were made heavy favorites. Boston won the first game at home, but Philadelphia would finally win at the Boston Garden in game two. Bernie Parent shut down Boston, limiting them to three goals in Games 3, 4, and 6, including a shutout in game six. Parent was named the playoff MVP.

Nicknamed the "Broad Street Bullies" for their aggressive style of play, the Philadelphia Flyers became the first expansion team to win the Stanley Cup. Flyer's goaltender Bernie Parent earned the Conn Smythe Trophy posting a 2.02 goals-against average in 17 games. Parent shutout the Boston Bruins in the final game of the final series at home 1-0. Boston was a heavy favorite coming into the final series owning two of the last four Stanley Cups and a 17-0-2 record versus Philadelphia at home. Although Boston did win two games at home, Flyer captain Bobby Clarke erased the undefeated record with an overtime goal and win in game two. Philadelphia went on to win the series in six games and captured their first of two straight titles. 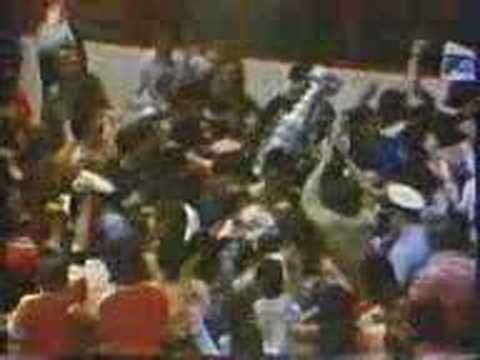 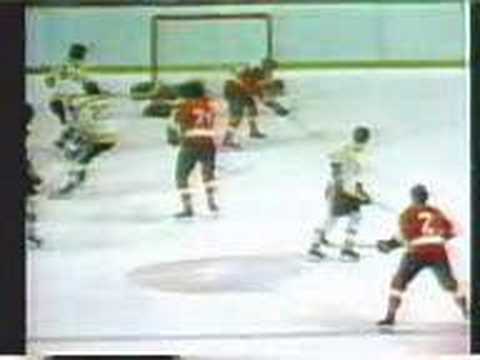