The Ford Landau is a motor vehicle which was produced by Ford Australia from 1973 to 1976.

Released in August 1973, the Ford Landau was based on the Australian XB series Ford Falcon but shared its frontal appearance and luxury appointments with the P5 series Ford LTD limousine, another Australian design which was released at the same time as the Landau. The Landau was available only as a two door hardtop coupe and shared its 111 inch (2819mm) wheelbase with the Falcon. It was powered by an Australian built low compression version of Ford’s 351 cubic inch (5752cc) Cleveland V8 engine with a power output of 290 bhp (216kw) at 5000 rpm. Transmission was a three speed “T-Bar SelectShift Cruisomatic” unit, allowing a choice of manual or fully automatic gear changing. Four wheel disc brakes were fitted, making the Landau and its similarly equipped LTD stablemate the first Australian-built cars with this feature.
The high levels of standard equipment fitted to the Landau meant that only two items were offered as optional equipment: a cassette deck and full leather interior trim. This factor, combined with the performance orientated mechanical specifications of the Landau meant that it never had a direct rival in the Australian marketplace. Plans to update the original P5 series Landau with the frontal styling of the forthcoming P6 series LTD resulting in the building of a P6 Landau design study but the facelifted model was not put into production. The Landau was discontinued when the new LTD was released in 1976 after a total production run of 1385 vehicles.

The Landau was a coupe version of the LTD, based on the Falcon hardtop, and was Ford Australia's first Aussie designed luxury two-door coupe. It retained the frontal treatment of the full size LTD with its disappearing head lamps and the full width tail lamps.

The rear quarter window was altered, being shorter and squarer than that of the normal hardtop, and all came with vinyl roofs. Another unique feature in the interior was the fitting of individual bucket seats in the rear, rather than a bench. Mechanically the Landau was the same as the XB Falcon GT, although it was by design 130kg (286lb) heavier.

Although Ford would contine with production of the LTD, unfortunately the Landau ceased production in 1976 after failing to realise the expected sales success. Perhaps the practicality of a two-door car of such large proportions was at odds with the energy crisis that was getting plenty of publicity at the time.

Despite the bad publicity given the percieved "petrol guzzlers", the Landau was a true world class automobile. Motoring journalists of the time praised its quietness all the way to 70 miles per hour, some claiming it to be the quietest car they had ever driven, it even winning a comparison with the S Class Mercedes.

And it is for that reason we rate the car so highly as a classic collectable. Blessed with the sublime powertrain of the XB GT, and built in such few numbers, there are only a hand full of Falcon GT's that will prove a better investment in Aussie muscle cars. Simply put, a case of the ironic becoming the iconic. 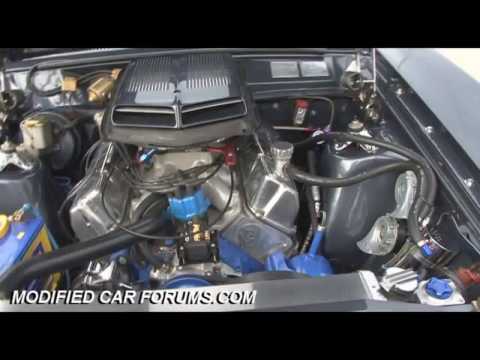 View other events that happened in August 1973