More than 30 people have died in a fire which has gutted a £2m leisure resort in the Isle of Man.

Initial reports suggest the blaze, which destroyed the seven-storey Summerland complex, began in a miniature golf garden situated on the outside of the building.

One eye-witness described "a tremendous tornado of flames" as the fire took hold.

Questions are now being asked about the suitability of the building materials used to construct the two-year-old building.

Summerland, situated at the north end of Douglas, was a 50,000 square feet complex which boasted restaurants, bars and amusement arcades. Next door in the Aquadrome were two heated swimming pools, a sauna and Turkish bath.

There were hundreds and hundreds of people evacuating the building across a footbridge which spanned the top of the promenade and then spilling out into the road.

So we pulled past the building to a corner where we knew we could access the hotel and started work from there.

The fire literally grew before our very eyes.

The hotel was about 100 ft [30.5 m] high and about as long. The fire was developing so quickly - quicker than I could walk down the building.

Source: '1973: Fire moved 'quicker than I could walk'; Les Quayle, BBC On This Day Added by: Colin Harris

The fire started around 7:30 pm in a small kiosk adjacent to the centre's mini-golf course. Eventually the burning kiosk slumped against the exterior of the building. This part of the building was clad in a bitumen-coated steel material called Galbestos, which had limited fire-resistance qualities. This set fire to the interior sound-proofing material, which also had poor fire-resistance qualities, causing an explosion which ignited the highly flammable acrylic sheeting which covered the rest of the building. The fire spread quickly across the sheeting on the leisure centre walls and roof, and through vents which were not properly fire proofed. The acrylic melted, which allowed more oxygen to enter and dropped burning melted material, both starting other fires and injuring those trying to escape. The building's open-plan design included many unblocked internal spaces that acted as chimneys adding to the conflagration.

The fire services were not called for almost thirty minutes, and even then the call did not originate from the centre. Instead the emergency call came via the captain of a ship located 2 miles (3.2 km) out at sea who radioed HM Coastguard and said "It looks as if the whole of the Isle of Man is on fire". The Coastguard immediately called the fire brigade.

The first responding fire crews immediately realised additional resources would be required and every available resource in the Isle of Man Fire and Rescue Service was mobilised to the incident. 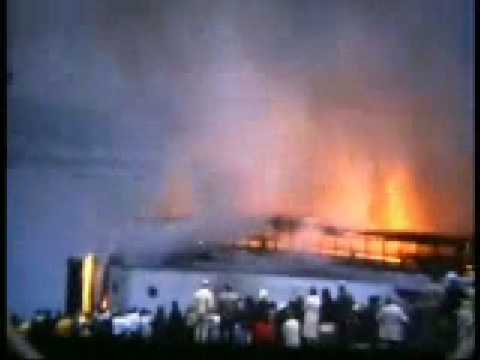 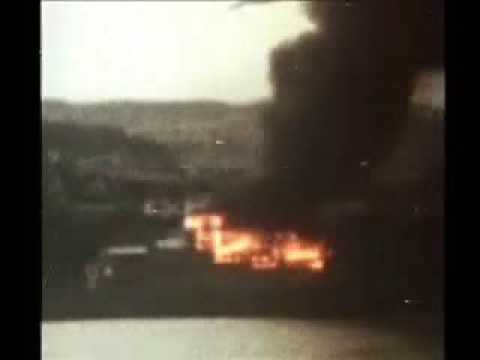