"Day For Night" Is Released

It stars Jacqueline Bisset and Jean-Pierre Léaud. In French, nuit américaine ('American night') is a technical process whereby sequences shot during the daytime are made to appear as if they are taking place at night. In the English-speaking world the film is known as Day for Night, which is the equivalent English expression.

Known to English-speaking audiences as Day for Night, La nuit américaine was director François Truffaut's loving and humorous tribute to the communal insanity of making a movie. The film details the making of a family drama called "Meet Pamela" about the tragedy that follows when a young French man introduces his parents to his new British wife. Truffaut gently satirizes his own films with "Meet Pamela"'s overwrought storyline, but the real focus is on the chaos behind the scenes. One of the central actresses is continually drunk due to family problems, while the other is prone to emotional instability, and the male lead (Truffaut regular Jean-Pierre Leaud) starts to act erratically when his intermittent romance with the fickle script girl begins to fail. In addition to all this personal drama, the film is besieged by technical problems, from difficult tracking shots to stubborn animal actors. The inspiration for future satires of movie-making from Living in Oblivion to Irma Vep, La nuit américaine was considered slight by some critics in comparison to earlier Truffaut masterworks, but it went on to win the 1973 Oscar for Best Foreign Film. ~ Judd Blaise, All Movie Guide 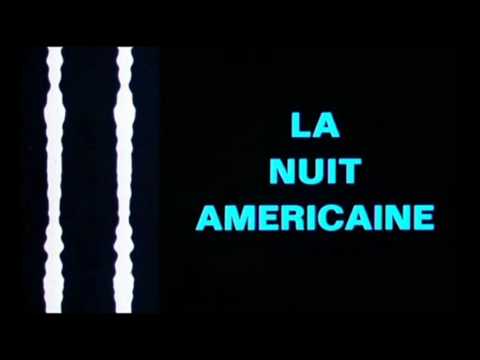