In 1973, Sinatra came out of retirement with a television special and album, both entitled Ol' Blue Eyes Is Back.

The album, arranged by Gordon Jenkins and Don Costa, was a great success, reaching number 13 on Billboard and number 12 in the UK. The TV special was highlighted by a dramatic reading of "Send in the Clowns" and a song and dance sequence with former co-star Gene Kelly.

Coming out of retirement in 1973, he recorded several albums; scored a Top 40 hit with "(Theme From) New York, New York" in 1980; and toured both within the United States and internationally until a few years before his death in 1998.

Sinatra also forged a career as a dramatic actor, winning the Academy Award for Best Supporting Actor for his performance in From Here to Eternity, and he was nominated for the Academy Award for Best Actor for The Man with the Golden Arm. He also starred in such musicals as High Society, Pal Joey, Guys and Dolls and On the Town. Sinatra was honored at the Kennedy Center Honors in 1983 and was awarded the Presidential Medal of Freedom by Ronald Reagan in 1985 and the Congressional Gold Medal in 1997. Sinatra was also the recipient of eleven Grammy Awards, including the Grammy Trustees Award, Grammy Legend Award and the Grammy Lifetime Achievement Award.

Ol’ Blue Eyes Is Back is a 1973 album by the American singer Frank Sinatra.
Sinatra returned from his brief retirement with the appropriately titled Ol’ Blue Eyes Is Back. Released amidst a whirlwind of publicity, the album was a commercial success, earning gold status and peaking just outside of the top-ten on the UK and Billboard album charts.
Additionally, a TV special followed which was nominated for two Emmy awards -- Best Directing a Comedy/Variety Programme and Outstanding Comedy/Variety Special. Directed by Marty Pasetta and produced by Howard W. Koch Ol' Blue Eyes Is Back was a glowing success made all the more memorable by a special appearance from Gene Kelly who had first co-starred with Sinatra 27 years prior in Anchors Aweigh. 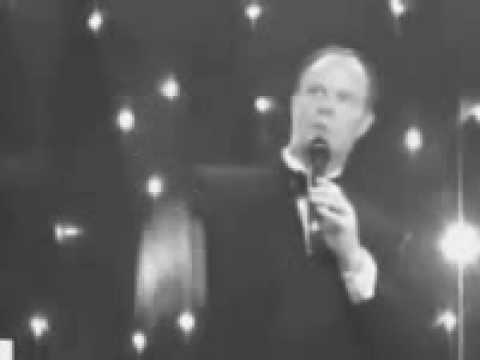