And now Gravity's Rainbow, which is V. squared and 49 cubed.

It is a funny, disturbing, exhausting and massive novel, mind-fogging in its range and permutations, its display of knowledge and virtuosity—a metaphysical, phenomenological, technological Mad Comic. The author seems to have read and understood everything from quantum mechanics, probability theory and engineering manuals to the labels on bottles of 1920 Schloss Vollrads, Tarot cards and rock lyrics. This, and much more, Pynchon catalogues and tickles into fantasies so elaborately detailed that most of his readers will come away feeling illiterate in the terms of the 20th century.

Even more than Pynchon's previous novels, Gravity's Rainbow is about man the symbol-making animal desperately trying to build a protective system of meaning over his head while at the same time blind technology increases the odds that something will bash his head in. Pynchon begins, appropriately enough, in wartime London, with German V rockets (V1 and V2) raining random destruction on the city.

Looking back, however, it seems to me that of all the American novelists who emerged with Pynchon in the 1960's only Vonnegut, Barth and Heller are his peers. Pynchon is a much more complex writer than Vonnegut, a less esthetic and narcissistic one than Barth, and works on a larger scale and has a finer prose style than Heller--though he is not a better architect, or "greater" novelist, or bigger heart.

Pynchon's new book is thus an event--it breaks seven years of silence and allays the fear that he might never go beyond his early success. "Gravity's Rainbow" is longer, darker and more difficult than his first two books; in fact it is the longest, most difficult and most ambitious novel to appear here since Nabokov's "Ada" four years ago; its technical and verbal resources bring to mind Melville and Faulkner. Immersing himself in "the destructive element" and exploring paranoia, entropy and the love of death as primary forces in the history of our time, Pynchon establishes his imaginative continuity with the great modernist writers of the early years of this century. "Gravity's Rainbow" is bonecrushingly dense, compulsively elaborate, silly, obscene, funny, tragic, pastoral, historical, philosophical, poetic, grindingly dull, inspired, horrific, cold, bloated, beached and blasted.

Source: 'One of the Longets, Most Difficult, Most Ambitious Novels in Years'; Richard Locke, New York Times, March 11, 1973 Added by: Colin Harris 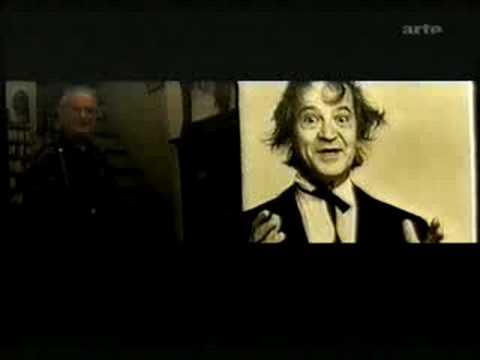