One of Altman's typically naturalist films, the director called McCabe an "anti-western film" because the film ignores or subverts a number of Western conventions.

The screenplay is by Robert Altman and Brian McKay from the novel McCabe by Edmund Naughton. The cinematography is by Vilmos Zsigmond and the soundtrack includes three songs by Leonard Cohen issued on his 1967 album Songs of Leonard Cohen. Julie Christie was nominated for an Academy Award for Best Actress for her role. Roger Ebert, a leading critic, has called the film "perfect".

In June 2008, AFI revealed its " 10 Top 10"—the best ten films in ten "classic" American film genres—after polling over 1,500 people from the creative community. McCabe & Mrs. Miller was acknowledged as the eighth best film in the western genre.

Memorably described by Pauline Kael as "a beautiful pipe dream of a movie," Robert Altman's McCabe & Mrs. Miller reimagines the American West as a muddy frontier filled with hustlers, opportunists, and corporate sharks -- a turn-of-the-century model for a 1971 America mired in violence and lies. John McCabe (Warren Beatty) wanders into the turn-of-the-century wilderness village known as Presbyterian Church, with vague plans of parlaying his gambling winnings into establishing a fancy casino-brothel-bathhouse. McCabe's business partner is prostitute Mrs. Miller (Julie Christie), who despite her apparent distaste for McCabe helps him achieve his goal. Once McCabe and Mrs. Miller become successful, the town grows and prospers, incurring the jealousy of a local mining company that wants to buy McCabe out. Filmed on location in Canada, McCabe & Mrs. Miller makes use of such Altman "stock company" performers as Shelley Duvall, René Auberjonois, John Schuck, and Keith Carradine. The seemingly improvised screenplay was based on a novel by Edmund Naughton and the movie features a soundtrack of songs by Leonard Cohen. McCabe & Mrs. Miller joined such other Altman efforts as M*A*S*H, The Long Goodbye, and Thieves Like Us in radically revising familiar movie genres for the disillusioned Vietnam era. ~ Hal Erickson, All Movie Guide 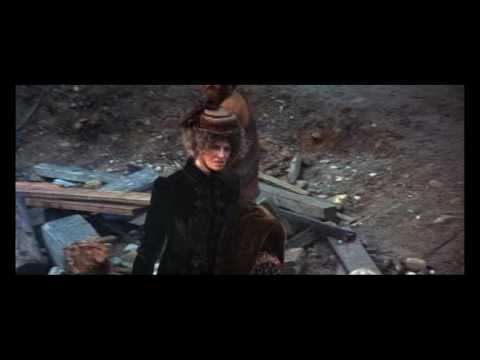