Supreme Court Rules In Favor of Swann in Swann v. Charlotte-Mecklenburg Board of Education

Swann v. Charlotte-Mecklenburg Board of Education, 402 U.S. 1 (1971) was an important United States Supreme Court case dealing with the busing of students to promote integration in public schools.

After a first trial going to the Board of Education, the Court held that busing was an appropriate remedy for the problem of racial imbalance among schools, even where the imbalance resulted from the selection of students based on geographic proximity to the school rather than from deliberate assignment based on race. This was done to ensure the schools would be "properly" integrated and that all students would receive equal educational opportunities regardless of their race.

North Carolina was one of the more moderate southern states, and its resistance to integration was weaker than some other areas. After Brown, it had ended segregation with a school assignment plan based on neighborhoods that was approved by the Court. However, when Charlotte consolidated school districts from the city itself and a surrounding area totaling 550 square miles, the majority of black students (who lived in the central Charlotte) still attended mostly black schools as compared with majority white schools further outside the city.

The NAACP Legal Defense Fund brought the Swann case on behalf of six-year-old James Swann and nine other families, with Julius Chambers presenting the case. Swann was chosen because his father was a theology professor, and was thus unlikely to be economically burdened by local retaliation.

After the Green ruling, the Swann case was filed again, and this time taken by Judge James B. McMillan, as his first important case on the federal bench. McMillan had at one point been a public opponent of busing to integrate schools, but when the case was presented to him he said that the facts outweighed his feelings, and busing was the only way to fulfill the constitutional requirement of desegregation.

Experts from Rhode Island College were brought in for the Plaintiff's side to judge the effectiveness of Charlotte's school board's new plan. From April to November 1969 McMillan repeatedly ordered the board revised the plan as ordered and eventually submitted a plan rezoning neighborhoods into pie-shaped wedges, where blacks living in the center of Charlotte would be divided up and distributed to outlying, formerly white high schools. The school board's plan required busing and would achieve a black population of 2-36% in all ten of the high schools. Due to the greater number of elementary schools, elaborate gerrymandering was required and would achieve greater integration, but would leave more than half of black elementary students at majority black schools.

The Court rejected the board's plan in favor of outsider Dr. John Finger's plan. The Finger Plan required busing of an additional 300 black students, established "satellite zones" and required pairing and grouping techniques to achieve even greater integration. As a consequence, McMillan became a local pariah; and Chambers' home, office and car were bombed.

When the case was appealed to the U.S. Court of Appeals for the Fourth Circuit and six of the seven judges sat on the case (the last disqualified himself due to prior involvement). The opinion was 3-2-1 that the restructured busing orders should be affirmed for older students, but that it be remanded for those of elementary school age. Two dissenters would have affirmed the whole decision, while one would reverse McMillan’s ruling in its entirety. McMillan decided to follow his original plan for elementary school students after the case was remanded to him.

Justice Douglas had previously been strongly in favor of busing. The Court was urged to begin their term early to hear the case, but decided to wait until the first day of their new term to begin.

Despite his relative youth and inexperience, Julius Chambers argued the case, because of his intimate knowledge of the facts involved. Erwin Griswold, the Solicitor General of the United States, represented the federal government, advocating Nixon’s “go-slow” policy. Though no official vote was taken, Justice Black and Chief Justice Burger wanted to reverse McMillan’s order, while Justices Douglas, Harlan, Brennan and Marshall wanted a strong affirmation of the order; Justices White, Stewart and Blackmun did not express a strong feeling either way. Brennan, Douglas and Marshall were quite liberal, but Harlan was usually conservative, but had a family tradition of supporting the rights of blacks (his grandfather of the same name had written a strong dissent in Plessy v. Ferguson). Blackmun was new to the Court, and had strong ties to Chief Justice Burger.

Chief Justice Burger decided to assign the writing of the opinion to himself. When he circulated his very grudging affirmation of McMillan that limited future action and action in other areas by the Court, he met strong resistance. Brennan, Douglas, Harlan and Marshall all demanded revisions and circulated suggestions for alternate drafts. Justice Stewart also reacted strongly after carefully considering the facts of the case, and wrote a “dissent” that would have been the opinion of the court without revisions of Burger’s drafts.

Burger revised the opinion five times, each time making a stronger affirmation of McMillan and incorporating the language of Stewart, Brennan, Harlan and others into it. After the fifth draft Justice Black threatened a dissent if the opinion was made any stronger an affirmation, and so a sixth and final draft was created that was close to what Justice Stewart had composed after the first conference. The final opinion was 9-0 affirming McMillan’s order.

The decision led to the widespread use of busing to end segregation by federal judges in the South.

In 1954 the Supreme Court ruled in Brown v. Board of Education of Topeka that racial segregation in public schools was unconstitutional. However, because of racially segregated housing patterns and resistance by local leaders, many schools remained as segregated in the late 1960s as they were at the time of the Brown decision.

In Charlotte, North Carolina, for example, in the mid-1960s less than 5 percent of African American children attended integrated schools. Indeed, busing was used by white officials to maintain segregation. The National Association for the Advancement of Colored People (NAACP), on behalf of Vera and Darius Swann, the parents of a six-year-old child, sued the Charlotte-Mecklenburg school district to allow their son to attend Seversville Elementary School, the school closest to their home and then one of Charlotte’s few integrated schools. James McMillan, the federal district judge in the case, ruled in favour of the Swanns and oversaw the implementation of a busing strategy that integrated the district’s schools. McMillan’s decision was appealed to the U.S. Supreme Court, which upheld it. The busing strategy was adopted elsewhere in the United States and played an instrumental role in integrating U.S. public schools. 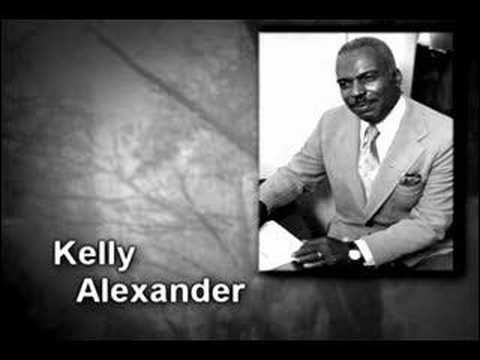