The earthquake created a zone of discontinuous surface faulting, named the San Fernando fault zone, which partly follows the boundary between the San Gabriel Mountains and the San Fernando - Tujunga Valleys and partly transects the northern salient of the San Fernando Valley. This latter zone of tectonic ruptures was associated with some of the heaviest property damage sustained in the region. Within the entire length of the surface faulting, which extended roughly east-west for about 15 kilometers, the maximum vertical offset measured on a single scarp was about 1 meter, the maximum lateral offset about 1 meter, and the maximum shortening (thrust component) about 0.9 meters.

The most spectacular damage included the destruction of major structures at the Olive View and the Veterans Administration Hospitals and the collapse of freeway overpasses. The newly built, earthquake-resistant buildings at the Olive View Hospital in Sylmar were destroyed - four five-story wings pulled away from the main building and three stair towers toppled. Older, unreinforced masonry buildings collapsed at the Veterans Administration Hospital at San Fernando, killing 49 people. Many older buildings in the Alhambra, Beverly Hills, Burbank, and Glendale areas were damaged beyond repair, and thousands of chimneys were damaged in the region. Public utilities and facilities of all kinds were damaged, both above and below ground.

Also known as the Sylmar Earthquake, this earthquake occurred on the San Fernando fault zone, a zone of thrust faulting which broke the surface in the Sylmar-San Fernando Area. The total surface rupture was roughly 19 km (12 miles) long. The maximum slip was up to 2 meters (6 feet).

The earthquake caused over $500 million in property damage and 65 deaths. Most of the deaths occurred when the Veteran's Administration Hospital collapsed. Several other hospitals, including the Olive View Community Hospital in Sylmar (pictured below) suffered severe damage. Newly constructured freeway overpasses also collapsed, in damage scenes similar to those which occurred 23 years later in the 1994 Northridge Earthquake. Loss of life could have been much greater had the earthquake struck at a busier time of day.

The earthquake ruptured a segment of the San Fernando fault zone, a set of north-dipping, high-angled reverse faults along the southeastern margin of the San Gabriel Mountains.

It caused more than 10 miles of discontinuous surface ruptures with average displacements of about 3 feet both horizontally and vertically. A strong aftershock sequence followed the main shock and included four quakes in the Magnitude 5 range.

The quake claimed 65 lives and caused more than half a billion dollars in damage, including the destruction of two hospitals, two freeway interchanges and the Lower Van Norman Dam. Damage to the dam caused concern that the dam, of the earthen bulwark type, might collapse, in whole or in part. Much confusion ensued as various agencies declared a need for the mandatory evacuation of 40,000 people, or voluntary evacuations of various portions of the San Fernando Valley below the dam. This depended on which agency was consulted, and often the evacuees were not able to be informed of the status of an evacuation in a timely manner, often returning home just as the police arrived to notify them of a new evacuation order, or evacuating at a moment when officials decided not to evacuate. Communication was made difficult by disruption of telephone, water, and electrical service.

The most spectacular damage included the collapse of structures at Olive View Hospital in Sylmar (which had opened just a month prior to the earthquake) and at the Veterans Administration Hospital at San Fernando, where 49 people died. The earthquake pushed Olive View Medical Center a foot off its foundation, causing the first floor to collapse, killing three patients and a hospital worker. Twelve overpass bridges fell into freeway lanes, including the freeway overpass connecting the Interstate 5 freeway and the Foothill Freeway that resulted in the death of at least two people. The recently completed Newhall Pass interchange connecting Interstate 5 and the Antelope Valley Freeway was destroyed as well. 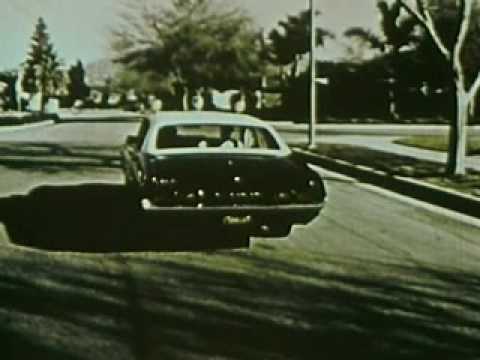