"Play Misty For Me" Is Released

Play Misty for Me is a 1971 psychological thriller film, directed by and starring Clint Eastwood, in his directorial debut. The original music score was composed by Dee Barton.

Play Misty for Me marked Clint Eastwood's debut as a director, and it gave him the then-unusual opportunity to play a regular contemporary guy in a thriller about sex, obsession, and stalking. Eastwood's Dave Garver is a self-centered California jazz disc jockey struggling with the idea of committing to his on-again, off-again girlfriend Tobie (Donna Mills). One night he meets the mini-skirted Evelyn (Jessica Walters) in a bar, and he goes home with her for what he assumes is a one-night stand. Dave discovers, however, that Evelyn has repeatedly called his show requesting that he "play 'Misty' for me," and she is not about to go gently into the night now that she has bedded him. Even though it touches on the early-'70s flashpoints of sexual liberation, studio execs expressed doubts about why anyone would want to see a movie featuring Eastwood as a deejay. Eastwood reportedly answered that he was not sure either, but he thought it was a good suspense story, and he offered his services as director for free. Play Misty for Me wound up making five times more than it cost and is a precursor to such erotic thrillers as Fatal Attraction (1987) and Basic Instinct (1992). Eastwood mentor Don Siegel appears early on as a bartender. ~ Lucia Bozzola, All Movie Guide 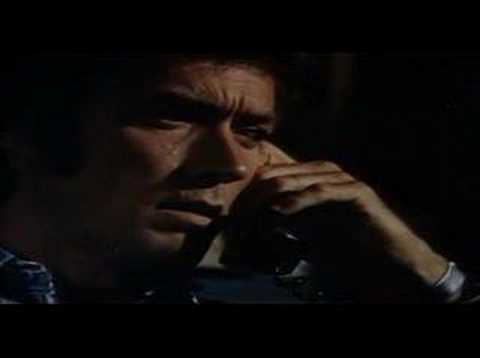