"The French Connection" Is Released

The French Connection is a 1971 American crime film directed by William Friedkin.

The film was adapted and fictionalized by Ernest Tidyman from the non-fiction book by Robin Moore. It tells the story of New York Police Department detectives named "Popeye" Doyle and Buddy Russo, whose real-life counterparts were Narcotics Detectives Eddie Egan and Sonny Grosso. Egan and Grosso also appear in the film, as characters other than themselves.

It was the first R-rated movie to win the Academy Award for Best Picture since the introduction of the MPAA film rating system. It also won Academy Awards for Best Actor in a Leading Role (Gene Hackman), Best Director, Best Film Editing, and Best Writing, Screenplay Based on Material from Another Medium (Ernest Tidyman). It was nominated for Best Actor in a Supporting Role (Roy Scheider), Best Cinematography and Best Sound. Tidyman also received a Golden Globe Award, a Writers Guild of America Award and an Edgar Award for his screenplay.

In 2005, the film was selected for preservation in the United States National Film Registry by the Library of Congress as being "culturally, historically, or aesthetically significant".

This gritty, fast-paced, and innovative police drama earned five Academy Awards, including Best Picture, Best Adapted Screenplay (written by Ernest Tidyman), and Best Actor (Gene Hackman). Jimmy "Popeye" Doyle (Hackman) and his partner, Buddy Russo (Roy Scheider), are New York City police detectives on narcotics detail, trying to track down the source of heroin from Europe into the United States. Suave Alain Charnier (Fernando Rey) is the French drug kingpin who provides a large percentage of New York City's dope, and Pierre Nicoli (Marcel Bozzuffi) is a hired killer and Charnier's right-hand man. Acting on a hunch, Popeye and Buddy start tailing Sal Boca (Tony Lo Bianco) and his wife, Angie (Arlene Faber), who live pretty high for a couple whose corner store brings in about 7,000 dollars a year. It turns out Popeye's suspicions are right -- Sal and Angie are the New York agents for Charnier, who will be smuggling 32 million dollars' worth of heroin into the city in a car shipped over from France. The French Connection broke plenty of new ground for screen thrillers; Popeye Doyle was a highly unusual "hero," an often violent, racist, and mean-spirited cop whose dedication to his job fell just short of dangerous obsession. The film's high point, a high-speed car chase with Popeye tailing an elevated train, was one of the most viscerally exciting screen moments of its day and set the stage for dozens of action sequences to follow. And the film's grimy realism (and downbeat ending) was a big change from the buff-and-shine gloss and good-guys-always-win heroics of most police dramas that preceded it. The French Connection was inspired by a true story, and Eddie Egan and Sonny Grosso, Popeye and Buddy's real life counterparts, both have small roles in the film. A sequel followed four years later. ~ Mark Deming, All Movie Guide 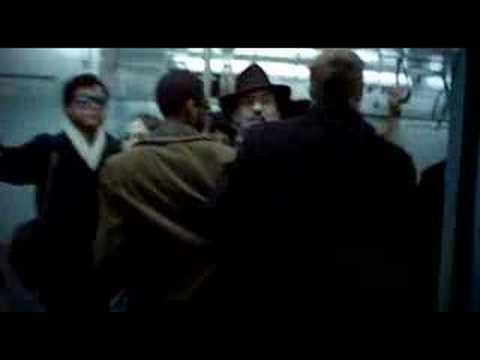