Apollo 14 was the eighth manned mission in the Apollo program and the third mission to land on the Moon.

The nine-day mission was launched on January 31, 1971, with lunar touch down on February 5. The Lunar Module landed in the Fra Mauro formation; this had originally been the target of the ill-fated Apollo 13 mission. During the two lunar EVA's over 100 pounds of moon rock was collected and several surface experiments, including seismic studies, were carried out. Commander Alan Shepard famously hit two golf balls on the lunar surface with a make-shift club he had brought from Earth. Command Module Pilot Stuart Roosa took several hundred seeds on the mission, many of which were germinated on return resulting in the so called Moon trees. 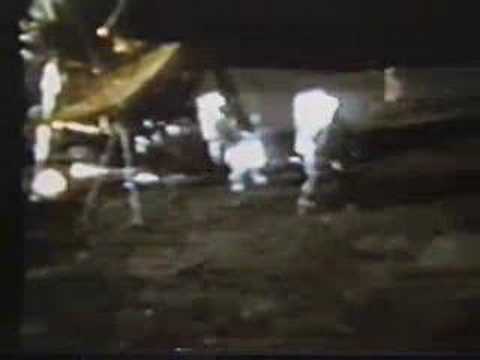