"Bed And Board" Is Released

Bed and Board (French: Domicile Conjugal) is a 1970 French film directed by François Truffaut.

In the fourth installment of François Truffaut's Antoine Doniel series, this romantic comedy shows how Antoine (Jean-Pierre Léaud) went from being a mischievous boy to an adorably charming young man of 26. Domicile Conjugal begins with Antoine settling down with Christine (Claude Jade), his girlfriend from the previous film, Baisers volés. He finds himself accepted and loved by his wife and her family, so the young couple move in to an apartment building together. They live in a lively neighborhood of interesting characters, such as the old man who never leaves and the opera singer who fights with his wife. Antoine finds work as a florist painting roses, while Christine makes a living by teaching violin lessons. After he gets involved in an accidental fire at the florist's, he gets a new job with an American corporation where he steers radio-controlled boats around a pond all day. A big change occurs when Christine becomes pregnant and gives birth to a baby boy, while Antoine grows increasingly distant. Eventually, he becomes infatuated with a Japanese girl, Kyoko (Hiroko Berghauer), resulting in some shifts in lifestyle. The fifth and final Antoine Doniel film L'Amour en fuite was released in 1979, picking up the story with Antoine after he reaches his thirties. ~ Andrea LeVasseur, All Movie Guide 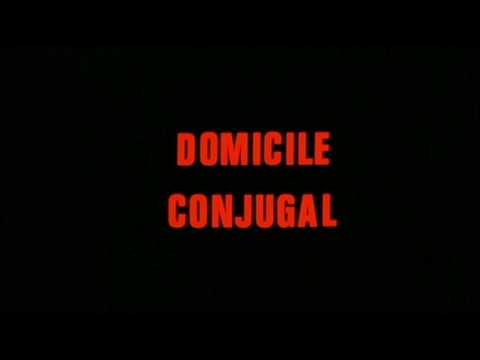