It was directed by Franklin J. Schaffner from a script by Francis Ford Coppola and Edmund H. North, who based their screenplay on the biography Patton: Ordeal and Triumph by Ladislas Farago and Omar N. Bradley's memoir A Soldier's Story. The film was shot in 65mm Dimension 150 by cinematographer Fred J. Koenekamp, and has a music score by Jerry Goldsmith.

The opening monologue, delivered by Scott with an enormous American flag behind him, remains an iconic and often quoted image in film. The film remains a success and an American classic.

In 2003, Patton was selected for preservation in the United States National Film Registry by the Library of Congress as being "culturally, historically, or aesthetically significant".

In 1943 North Africa, George Patton (George C. Scott) assumes command of (and instills some much-needed discipline in) the American forces. Engaged in battle against Germany's Field Marshal Rommel (Karl Michael Vogler), Patton drives back "The Desert Fox" by using the German's own tactics. Promoted to Lieutenant General, Patton is sent to Sicily, where he engages in a personal war of egos with British Field Marshal Montgomery (Michael Bates). Performing brilliantly in Italy, Patton seriously jeopardizes his future with a single slap. While touring an Army hospital, the General comes across a GI (Tim Considine) suffering from nervous fatigue. Incensed by what he considers a slacker, Patton smacks the poor soldier and orders him to get well in a hurry. This incident results in his losing his command-and, by extension, missing out on D-Day. In his final campaign, Patton leads the US 3rd Army through Europe. Unabashedly flamboyant, Patton remains a valuable resource, but ultimately proves too much of a "loose cannon" in comparison to the more level-headed tactics of his old friend Omar Bradley (Karl Malden). Patton won 7 Academy Awards, including Best Picture and Best Actor for Scott, an award that he refused. ~ Hal Erickson, All Movie Guide 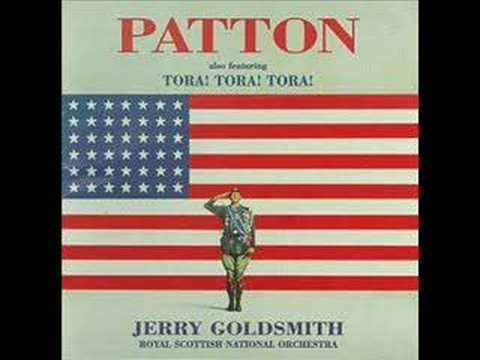