Trespass is the second studio album by Genesis and was recorded and released in 1970.

The only album with drummer John Mayhew and the last with guitarist Anthony Phillips, Trespass had a folk-flavoured progressive rock sound that was a marked departure from their earlier work, and foreshadowed the path the band would follow through the 1970s.

The compositions were generally much longer and complex than before, featuring several different musical sections. The sound evokes a kind of 'pastoral English idyll' espoused by numerous progressive rock bands of the time. To this end, much use is made of multi-tracked 12-string acoustic guitars, blended with folky vocal harmonies, flute, acoustic piano, and gentle keyboard pads on Hammond organ and mellotron. The drum playing is generally fairly soft, which actually complements the atmosphere, although the band was unhappy with John Mayhew's skills and replaced him with Phil Collins following Trespass' completion and Anthony Phillips' departure.

Despite its generally muted, pastoral, folky feel, the album is not without dynamic moments. Peter Gabriel's vocals are soulful and angst-ridden throughout, particularly at the climax of "Stagnation", which also includes a prominent Hammond organ solo from Tony Banks. Closing track "The Knife" is aggressive and bombastic, featuring some biting lyrics from Gabriel, with Mike Rutherford playing fuzz bass. The song, which received great praise by The Nice's Keith Emerson, became a favourite closer to live shows and appeared — with lyrical changes — on Genesis' 1973 first live album Genesis Live.

Although Trespass was not a commercial success in the UK (it eventually reached #98 for one week in 1984), it was a critical one despite its lack of sales. However, the album fared much better in mainland Europe where it reached No.1 in Belgium, leading to the band's first overseas concerts in that country in 1971. 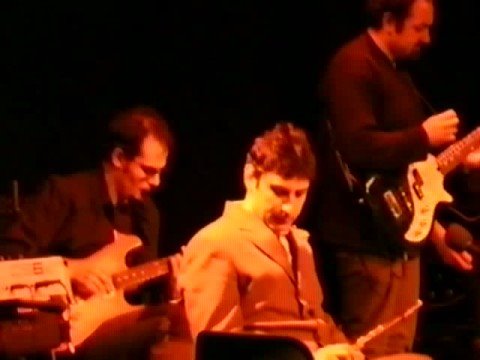