What Gerit Hardenberg could not hear was the eerie pinging noise that came from the flakes of rust peeling off weathered steel or the jarring screech of metal moving slowly across metal.

What he could not see was the men holding their hands to their ears to block out the noise or the look of terror in their faces as they saw things that should have been firm and solid begin to move and parts of the metal's colour change to a strange kind of blue.

The whole 2,000-ton mass plummeted into the Yarra mud with an explosion of gas, dust and mangled metal that shook buildings hundreds of yards away. Homes were spattered with flying mud. The roar of the impact, the explosion and the fire that followed could be heard more than two miles away.

At 11.50 am on 15 October 1970, a 367-ft (112 m) span of the West Gate Bridge, known as span 10–11, collapsed during construction. Approximately 2000 tonnes of steel and concrete came crashing down into the muddy banks of the Yarra below, taking workers and their machinery, tools and sheds with them.

Thirty-five workers lost their lives that day: many others were injured. Most victims were those working on top of the bridge at the time of the collapse. Some men were lucky enough to be on their morning break away from the site; others simply ran out of the way before the bridge fell on top of them.

I think what first made me look out of the window was that I heard bolts snapping. When I saw what was happening I said ... “We are going to go down.” By that I meant that I thought that the bridge was going to fall down.

I sat down on a box of bolts and waited for the bridge to fall. I cannot remember what happened after that because the bridge fell and I was knocked unconscious.”

— Construction worker and eyewitness to the West Gate Bridge Collapse

Two years into construction of the bridge, at 11.50 am on 15 October 1970, tragedy struck. The 112 metre (367.5 ft) span between piers 10 and 11 collapsed and fell 50 metres (164 ft) to the ground and water below. Thirty-five construction workers were killed. Many of those who perished were on lunch break beneath the structure in workers' huts, which were crushed by the falling span. Others were working on and inside the girder when it fell. The whole 2,000-tonne mass plummeted into the Yarra River mud with an explosion of gas, dust and mangled metal that shook buildings hundreds of metres away. Homes were spattered with flying mud. The roar of the impact, the explosion, and the fire that followed, could be clearly heard over 20km away. A West Gate Bridge Memorial to workers who lost their lives is located near the bridge. On the following morning, October 16, Sir Henry Bolte (Premier of Victoria) announced that a Royal Commission would be set up immediately to look into the cause of the disaster. The Prime Minister, Mr. John Gorton, said: "I am sure the whole of Australia is shocked and saddened by the serious accident at West Gate Bridge. Please extend my deepest sympathy to all those families to whom this tragic event has brought such grief."

A Royal Commission into the collapse was established, and concluded on 14 July 1971. It attributed the failure of the bridge to two causes; the structural design by designers Freeman Fox & Partners and an unusual method of erection by World Services and Construction, the original contractors of the project.

On the day of the collapse there was a difference in camber of 11.4 centimetres (4.5 in) between two half girders at the west end of the span which needed to be joined. It was proposed that the higher one be weighted down with 10 concrete blocks, each 8 tonnes (11 t), which were located on site. The weight of these blocks caused the span to buckle, which was a sign of structural failure. The longitudinal joining of the half girders was partially complete when orders came through to remove the buckle. As the bolts were removed the bridge snapped back and the span collapsed. 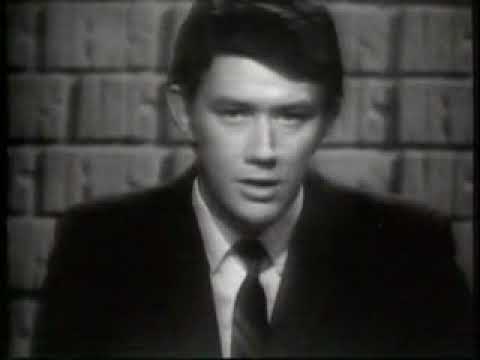