In this series Emmett Ashford became the first African American to umpire in the Fall Classic. It also featured the first World Series games to be played on artificial turf, as Games 1 and 2 took place at Cincinnati's brand-new Riverfront Stadium.
This was the last World Series in which all games were played in the afternoon. The Jackson 5 performed the "Star Spangled Banner," which almost became an embarrassment when the group realized shortly before their performance that they weren't familiar with the lyrics. The Jackson brothers were able to quickly prepare themselves in transit to the stadium and performed the song adequately.

After a devastating loss to the "adolescent" New York Mets in the '69 Series, the Baltimore Orioles returned to the top of the American League determined to make amends for their previous postseason failure. Their newest adversaries, the Cincinnati Reds, swept the Pittsburgh Pirates in the National's Championship Series under rookie manager Sparky Anderson. The soon-to-be "Big Red Machine" boasted a strong pitching rotation that featured Jim Merritt (a twenty game winner), Wayne Simpson (14-3) and Gary Nolan (18-7) as well as another standout named Pete Rose. The Orioles rotation featured Mike Cuellar, a twenty-four game victor and a tough line-up that included lumberjack Boog Powell and fielding wizard Brooks Robinson.

Game 1 welcomed the World Series debut of the newly christened Riverfront Stadium, which had replaced Crosley Field as the Reds' home in late June. The artificial surface and "soup bowl- surroundings" were the first of their kind to host a Fall Classic. Home-field advantage appeared to be in effect as Lee Mays came out swinging with a two run homer that gave Cincinnati a 3-0 lead, but the Orioles came back with their own two run blast by Powell that was followed with home runs by Ellie Hendricks and Brooks Robinson. Baltimore emerged the 4-3 winner, but the victory was soured by a controversial call at the plate by umpire Ken Burkhart. With one out and two base runners on (Tommy Helms at first and Bernie Carbo at third), the Reds' pinch-hitter Ty Cline popped a high tee-shot off of Jim Palmer in front of home plate, (which Burkhart promptly called a fair ball). Baltimore's catcher Ellie Hendricks snatched up the spinning duck and (after turning to first) spun around in an attempt to tag out Carbo who was speeding home. As Hendricks' dove toward the plate, he ran into the umpire before reaching the sliding runner. Burkhart, obviously distracted during the collision, called Carbo out on contact. Despite their arguments the verdict stood (although replays have clearly depicted the Oriole catcher tagging Carbo with an empty glove). Brooks Robinson also provided a "replay worthy" moment in the Reds' sixth after making a spectacular backhanded catch and spinning to throw out Dave May who had fired a bouncing cannonball between the fielder and the bag.

Cincinnati entered Game 2 just as they had the opener, with an early 3-0 lead. Unfortunately Baltimore also mimicked their previous days performance with a fourth inning homer by Hendricks that lit off a five run rally in the fifth ending in a 6-5 triumph that put the visitors up two games to none. Game 3 was a highlight film for Brooks Robinson who was playing superb defense against anything the Reds sent his way. After Pete Rose and Bobby Tolan both started with consecutive hits, Robinson made a sensational, leaping grab of Tony Perez's hopper, stepped on third and fired to first for a perfect double play. Dave McNally closed the inning by inducing Johnny Bench to fly out as Robinson traded his "golden glove" for a wooden bat. Stepping up to the plate, "Hoover" as he was called, nailed a first-inning double that scored Don Buford and Frank Robinson. Back on the field in the second, Robinson snagged a slow Tommy Helms' grounder to throw out the sprinting second baseman and in the sixth; he made a diving glove-handed catch of another Bench liner.

McNally also contributed on both sides of the ball and aided his own cause with a bases-loaded homer in the sixth off Wayne Granger. The grand slam equaled Bob Gibson's record of two World Series homers by a pitcher and Don Buford and Frank Robinson followed suite with homers of their own for the 9-3 victory. With their backs against the ropes, Cincinnati was on the verge of elimination. Gary Nolan was given the difficult responsibility of keeping his ball club afloat, but cracked under the pressure and was pulled after 2 2/3 innings. An injured Jim Merritt came in as relief and held the Orioles lead to two as the Nationals trailed 5-3 in the eighth. Lee May, well aware of the desperate situation his team faced, seized the opportunity to play hero and launched a timely three run homer for the 6-5, Series-extending victory. Merritt, still reeling from a sore elbow, returned in Game 5, but was unable to make it through the second-inning. His teammates managed to take Cuellar for three runs on four hits in the top of the first, but it would be only offense generated for the rest of the contest as the Orioles pitched shutout baseball the rest of the way. In the end, it was Baltimore who prevailed with a second 9-3 decision that erased all memories of the '69 Series and returned the championship crown to the American League's clubhouse. Despite the loss, the Reds were far from finished and would return to the Fall Classic (in two short years) "bigger" and better than ever.

The Reds couldn't hold a lead, and they couldn't get anything past Brooks Robinson, the Orioles' third baseman.
The World Series opened in Cincinnati, and the Reds grabbed a 3-0 lead in the third inning when Lee May lined a two-run homer over the left-field wall off Jim Palmer. But Palmer settled down, and the O's tied the game with Boog Powell's two-run blast in the fourth and Elrod Hendricks' solo shot in the fifth. With the score still 3-3, May led off the bottom of the sixth with a shot down the third-base line, but Brooks Robinson snared the ball and threw out May.

A walk and a single later, pinch-hitter Ty Cline chopped a ball in front of the plate. With Bernie Carbo sprinting home, catcher Hendricks grabbed the ball and lunched back toward Carbo. He applied the tag with his glove, and plate umpire Ken Burkhart -- in poor position -- called Carbo out even though at the time Hendricks was holding the ball in his throwing hand. The Reds wouldn't score that inning, and Brooks Robinson put the Orioles ahead to stay with his solo homer in the seventh.

The Reds grabbed a 3-0 lead in the first inning of Game 2, and they went up 4-0 on Bobby Tolan's homer in the third. But once again, Cincy couldn't hold a lead. Boog Powell got Baltimore on the board with a homer in the fourth, and then the O's scored five times in the fifth. Johnny Bench homered for the Reds in the sixth, but it wasn't enough as Baltimore held on for a 6-5 victory.

In Game 3, the O's already led 4-1 in the seventh when starter Dave McNally hit a grand slam, and Baltimore cruised to a 9-3 triumph and a commanding three-games-to-none lead in the Series. The Reds finally got on the board in Game 4, as Lee May's three-run homer in the eighth gave his club a 6-5 decision.

Game 5 saw the Reds score thrice in the top of the first, but the Orioles scored twice in the first, second and third innings, while their starter Mike Cuellar held Cincinnati scoreless from innings two through nine. Baltimore tacked on some insurance runs in the late innings, thus crushing Cincinnati 9-3 to capture the Series. 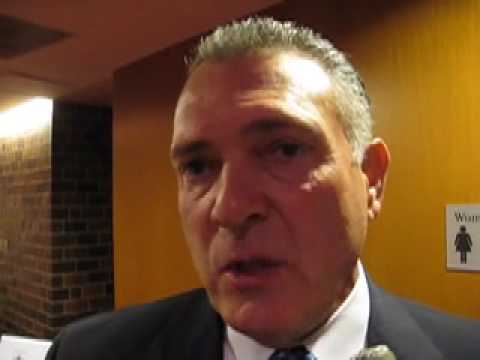