In August 1969, shortly before Michael turned 11, the Jackson 5 opened for Diana Ross at the L.A. Forum, and in December, they issued their debut album, Diana Ross Presents the Jackson 5. On October 7, 1969, the Jackson 5 released their first single, "I Want You Back," a Corporation composition that had originally been intended for Gladys Knight. It was an instant smash, hitting number one on both the pop and R&B charts. So did their next two singles, "ABC" and "The Love You Save" (both from their second album, ABC), which solidified the group's so-called bubblegum-soul sound and certified them as pop sensations. Third Album was released before year's end, spawning the hit ballad "I'll Be There," which not only proved that the group (and lead singer Michael) were more mature and versatile than their bright, bouncy initial singles let on, but also made them the first group in pop history to have their first four singles hit number one. It also became the best-selling single in Motown history, spending a stellar five weeks at number one. And it had still been less than a year since the group's national debut.

The Jackson 5 were an American popular music family group from Gary, Indiana. Founding group members Jackie, Tito, Jermaine, Marlon and Michael formed the group after performing in an early incarnation called The Jackson Brothers, which originally consisted of a trio of the three older brothers. Active from 1966 to 1990, the Jacksons played from a repertoire of R&B, soul, pop and later disco. During their six-year Motown tenure, The Jackson 5 were one of the biggest pop-music phenomena of the 1970s[1], and the band served as the launching pad for the solo careers of their lead singers Jermaine and Michael, the latter brother later exploiting his early Motown solo fame to greater success as an adult artist.

The Jackson 5 were the first act in recorded history to have their first four major label singles ("I Want You Back," "ABC," "The Love You Save," and "I'll Be There") reach the top of the American charts. Several later singles, among them "Mama's Pearl", "Never Can Say Goodbye" and "Dancing Machine", were Top 5 pop hits and number-one hits on the R&B singles chart. 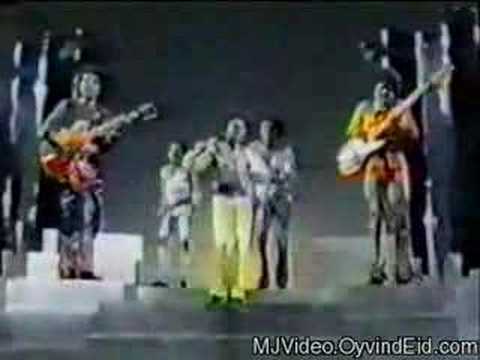 View other events that happened in 1969