Camille became a hurricane on Aug. 15, 1969 south of Cuba and began quickly growing that night as it moved into the Gulf of Mexico. On the morning of Aug. 17, when Camille was centered about 250 miles south of Mobile, Ala., an Air Force reconnaissance plane measured a barometric pressure of 26.84 inches of mercury and winds of more than 200 mph.

Until that report, Camille had been expected to push a 12-foot storm surge ashore when it hit Mississippi. But the Air Force observation prompted forecasters to alert local officials to a surge maybe twice that high.

On the night of August 17, 1969 Hurricane Camille hit the Mississippi Gulf Coast. Many had scoffed at the forecast of unprecedented high winds and expected a rising tide, but in the early morning hours of August 18th were firm believers. Final data on the storm reported wind velocity in excess of 210 miles per hour and a tidal surge in excess of 24 feet topped with at least a 10 foot sea. Many of those who refused to believe the forecast and stayed at home to ride out the storm lived to regret it. Some did not live through it. The latest survey reveals l34 deaths; 27 missing; 8,931 injured; 5,662 homes destroyed and 13,915 suffering major losses. This is not counting the loss of businesses, other structures, and much of the natural beauty of the Mississippi Coast.

This powerful, deadly, and destructive hurricane formed just west of the Cayman Islands on August 14. It rapidly intensified and by the time it reached western Cuba the next day it was a Category 3 hurricane. Camille tracked north-northwestward across the Gulf of Mexico and became a Category 5 hurricane on August 16. The hurricane maintained this intensity until it made landfall along the Mississippi coast late on the 17th. Camille weakened to a tropical depression as it crossed Mississippi into western Tennessee and Kentucky, then it turned eastward across West Virginia and Virginia. The cyclone moved into the Atlantic on August 20 and regained tropical storm strength before becoming extratropical on the 22nd.

Hurricane Camille was the third and strongest tropical cyclone and second hurricane during the 1969 Atlantic hurricane season. The second of three catastrophic Category 5 hurricanes to make landfall in the United States during the 20th century (the others being 1935's Labor Day hurricane and 1992's Hurricane Andrew), which it did near the mouth of the Mississippi River on the night of August 17, Camille was the only Atlantic hurricane to exhibit officially recorded sustained wind speeds of at least 190 miles per hour (310 km/h) until Allen equaled that number in 1980, and remains the only Atlantic hurricane in recorded history to make landfall at or above such intensity. 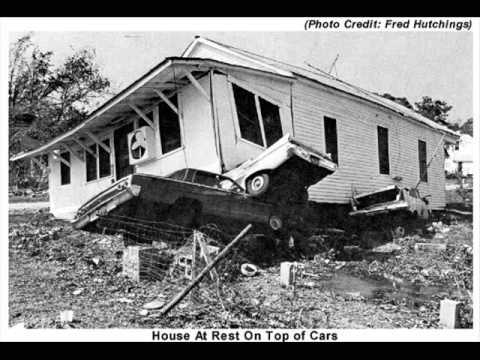 View other events that happened on August 14