At Chappaquiddick, having been drinking and partying with young women aides of his brother Robert Kennedy, Senator Kennedy, at this time a married man and a father, slipped away with 28-year-old Mary Jo Kopechne, who was trapped in his car after he took a wrong turn off the Chappaquiddick bridge, lost control of his car which was submerged in just eight feet of water.

I was the driver”

"Chappaquiddick incident" is the name given to the death of Mary Jo Kopechne, a former campaign worker for the assassinated U.S. Senator Robert F. Kennedy of New York, and the surrounding circumstances.

In July of 1969, Kopechne's body was discovered inside an overturned Oldsmobile belonging to Senator Edward "Ted" Kennedy of Massachusetts under water in a tidal channel on Chappaquiddick Island, Massachusetts.

After the body was found, Kennedy gave a statement to police saying that on the previous night he had taken a wrong turn and accidentally driven his car off a bridge into the water. Later, he pled guilty to a charge of leaving the scene of an accident after causing injury; he received a suspended sentence.

The incident became a national scandal and may have affected the Senator's decision not to run for President of the United States in 1972. 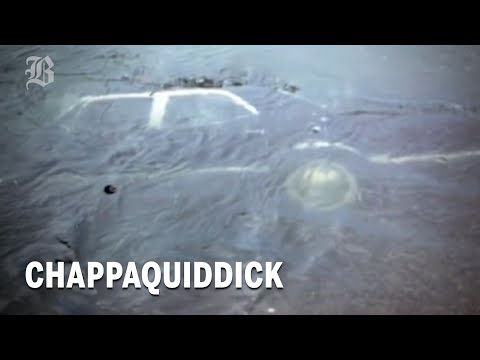