The Apollo 11 mission was the first manned mission to land on the Moon.

It was the fifth human spaceflight of Project Apollo and the third human voyage to the Moon. It was also the second all-veteran crew in manned spaceflight history. Launched on July 16, 1969, it carried Mission Commander Neil Alden Armstrong, Command Module Pilot Michael Collins and Lunar Module Pilot Edwin Eugene 'Buzz' Aldrin, Jr. On July 20, Armstrong and Aldrin became the first humans to land on the Moon, while Collins orbited above.

The mission fulfilled President John F. Kennedy's goal of reaching the moon by the end of the 1960s, which he expressed during a speech given before a joint session of Congress on May 25, 1961.

In addition to throngs of people crowding highways and beaches near the launch site, millions watched the event on television, with NASA Chief of Public Information Jack King providing commentary. President Richard Nixon viewed the proceedings from the Oval Office of the White House.

Buzz Aldrin spoke the first words (albeit technical jargon) from the LM on the lunar surface. Throughout the descent Aldrin had called out navigation data to Armstrong, who was busy piloting the LM. As Eagle landed Aldrin said, "Contact light! Okay, engine stop. ACA - out of detent." Armstrong acknowledged "Out of detent" and Aldrin continued, "Mode control - both auto. Descent engine command override off. Engine arm - off. 413 is in."

Then Armstrong said the famous words, "Houston, Tranquility Base here. The Eagle has landed." Armstrong's abrupt change of call sign from "Eagle" to "Tranquility Base" caused momentary confusion at Mission Control. Charles Duke, acting as CAPCOM during the landing phase, acknowledged their landing, expressing the relief of Mission Control after the unexpectedly drawn-out descent. 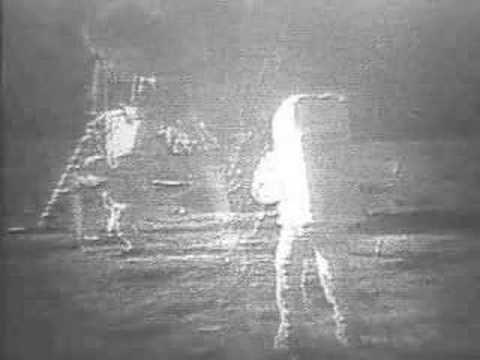 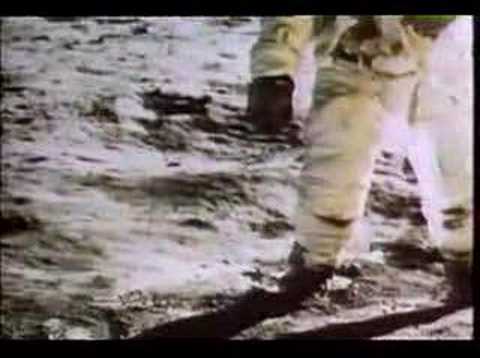 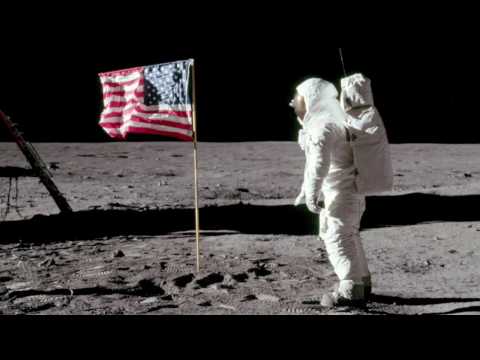